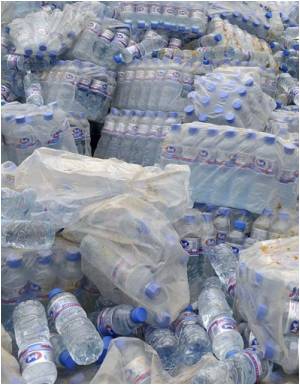 Recent discoveries by Queen's University scientists that may not just pave the way reducing health hazards such as E. coli in water. It could also be the way to go to make chemicals and drugs such as insulin cheaper to produce and their production more environmentally friendly.

The researchers, led by Zongchao Jia and post-doctoral student Jimin Zheng, created a three-dimensional model and found exactly how the AceK protein acts as a switch in some bacteria to bypass the energy-producing cycle that allows bacteria like E. coli and salmonella to go into a survival mode and adapt to low-nutrient environments, such as water.

The unique feature of this discovery is that the switching on and off take place in the same location of the protein.

"From a protein function point of view, this is unique and has never been discovered anywhere else," said Jia.

About 70 percent of Afghans do not have access to safe drinking water, a government minister said Tuesday at the opening of the first of a chain of hydrological stations to monitor water supply.
Advertisement
The discovery opens the door for scientists to identify a molecule that can keep the bypass switch from turning on so bacteria will die in water.

Thus, drinking water would be cleaner and the incident of water bacterial contamination, such as the Walkerton tragedy, could be reduced.

"While other organisms cannot survive without nutrients, the bypass controlled by AceK allows the bacteria to live and cause health problems," said Jia.

On the other hand, discovering a molecule to keep the bypass switch turned on could produce a supply of the bacteria biotechnology companies use to produce compounds, such as insulin. Instead of using glucose in the fermenting process, companies could use less nutritional and cheaper acetate.

The cost difference would be tremendous and the process would produce less carbon dioxide making the process much more environmentally friendly.

"So we haven't found a cure to stop diseases like E. coli water contamination, but we've provided a template for people to design a molecule that will disable its ability to survive in water.

It's like we have discovered how a lock works and now all we need is to design a key," said Jia.