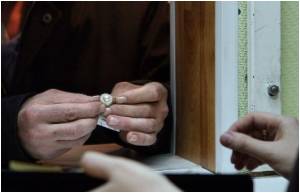 South Koreans seeking foreign brides will in future undergo stricter screening and must take a special education course in an attempt to curb abuses, the justice ministry said Wednesday.

Calls for reform intensified last year, when a mentally disturbed man fatally stabbed his 20-year-old Vietnamese bride eight days after she arrived to live with him.

South Korea will screen bachelors seeking brides from overseas following the fatal stabbing of a Vietnamese woman by her mentally ill husband eight days after she arrived, an official said Tuesday.
Advertisement

The government has intensified monitoring of matchmaking agencies and expanded counselling for foreign wives.


From next month, prospective husbands will have to present a financial statement and verify their marital status, especially whether they had invited overseas brides more than twice in the past five years.

South Korea, once a racially homogeneous society, is seeing more and more international marriages -- especially by farmers as single Korean women move to the cities.

One out of every 10 marriages in 2009, or 33,300 out of 309,759, were international marriages, mostly between Korean men and women from China, Vietnam and the Philippines.

Government data indicate that nearly 7,000 Taiwanese couples were expected to tie the knot in New Year weddings on Saturday -- a 20-year high for a single day.
Advertisement
<< Infertility Stigma: Pakistani Mothers Grieve for Their Stole...
Ancient Food of the Incas 'Health Food of the Future': Nutr... >>