Russians Not Prone to Depression: Study 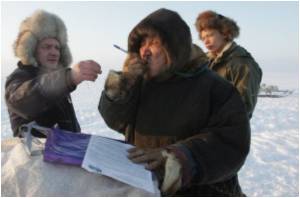 Although Russians do brood, they don't succumb to depression like other Westerners do, claims a new study.

"Russians focus more on their negative feelings than Americans do, but they spontaneously distance themselves from their emotions to a greater extent than Americans, who tend to immerse themselves in their recalled experiences," said U-M researcher Igor Grossmann.

In the study, the researchers examined the prevalence of self-reflection and depression among 85 U.S. students and 83 Russian students.


Tests designed to measure levels of brooding and depressive symptoms revealed that even though Russians tend to brood, they are less likely than Americans to feel as depressed as a result.

A quick, simple and anonymous self-assessment health tool to assess the level of depression using the famous Zung Self-Rating Depression Scale.
Advertisement
Compared to the Americans, the Russians also showed less distress after recalling a sad experience, and were less likely to blame the other person in their analysis of the experience.

"These findings add to a growing body of research demonstrating that it's possible for people to reflect on negative experiences either adaptively or maladaptively," Grossmann said.

The study will be published in the August issue of Psychological Science.

Depression can be a severe mental health problem that can lead to other health issues. Find top foods that can help fight depression.
Advertisement
<< Young Kids Vulnerable to After-effects of 9/11
'Foreign Accent Syndrome' Causes New Zealander Speak With W... >>