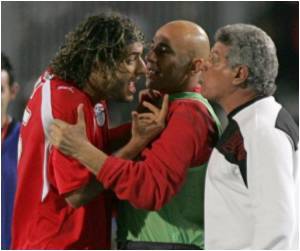 Rude and mean behaviour not only upsets people, it can also increase their risk of getting arthritis, says a new study.

Psychologist George Slavich of the University of California, Los Angeles, and colleagues said that social rejection could trigger diseases linked to inflammation.

Today most of us are under stressful situations which is hard to avoid.Explore our simple and inexpensive stress relief tips.
Advertisement

124 volunteers were asked to give speeches and perform mental arithmetic in front of a panel of dismissive observers.

Valuable tips to keep yourself cool in adverse situations
Advertisement
Understanding the role the brain plays in conditions linked to inflammation - such as asthma, arthritis, cardiovascular disease and depression - will help in the development of new treatments to combat them, says Slavich.