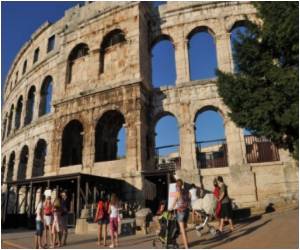 In a bizarre circumstance, a new hotel has opened in the heart of Madrid proudly declaring that it's complete rubbish.

More of a wooden shack than a five-star establishment, the walls of the Beach Garbage Hotel are strewn with detritus dragged up by the tide, recovered from landfills or snapped up at flea markets.


In the five rooms there are street lights, wobbly sideboards, and torn Persian rugs, ready to welcome the lucky winners of a Facebook competition whose prize was a free stay.

Medical Tourism has become a serious enterprise in India over the last two years. However some hospitals have been practicing it for quite a few years.
Advertisement
Out front, there is a small patch of sand and palm trees.

Located in the city centre's Plaza de Callao, it is the work of German artist Ha Schult, timed to coincide with Madrid's hosting of the annual international tourism trade fair.

"I created the Beach Garbage Hotel because the oceans of our planet are the biggest garbage dump," Schult said.

Rosa Piqueras, spokeswoman for the environmental project, said the idea was to show something a little different from the ideal destinations touted by the tourism industry.

"We wanted to show what our holidays could become if we don't clean our beaches," she said.

About 30-40 percent of the objects adorning the hotel were picked up from beaches in Britain, France, Germany, Italy and Spain. The dirtiest, said Piqueras, were the beaches in southern Italy.

Hotel notices warn guests of environmental developments, such as: "One Spaniard in 10 no longer goes to the beach because of their bad state. Fourteen percent of Europeans do the same."