Roughly Half of the Human Genome Made Up of Jumping Genes 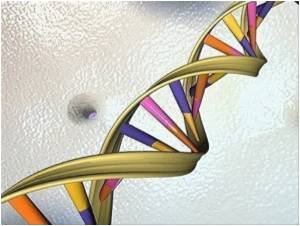 Transposons or 'jumping genes', which create genomic instability and are implicated in cancer and other diseases, make up roughly half of the human genome, geneticists have revealed.

"Now it looks like every person might have a new insertion somewhere," says senior author Scott Devine, associate professor of medicine at the University of Maryland School of Medicine's Institute for Genome Sciences.

Transposons are like small self-replicating sequences that transfer themselves from one generation to another. But the scientists faced the overwhelming problem of finding a new insertion within three billion base pairs.


Their study indicated transposons are jumping in tumours and are generating a new kind of genomic instability. They are already known to interrupt genes and cause human diseases, including neurofibromatosis, hemophilia and breast cancer.

In the recent years 'epigenetics' represents inheritable changes in gene expression that do not include DNA alterations.
Advertisement
Scientists believe a process called methylation, which silences genes during differentiation also shuts off transposons' ability to jump. Analysing the patterns of mutations in the lung tumours suggested that during tumour formation, modified methylation patterns may be allowing transposons to re-awaken, Devine says.

Genetic testing helps to confirm a genetic condition in an individual and involves q complex laboratory techniques
Advertisement
Advertisement
This site uses cookies to deliver our services.By using our site, you acknowledge that you have read and understand our Cookie Policy, Privacy Policy, and our Terms of Use  Ok, Got it. Close
×