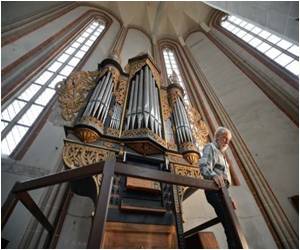 Added to the series of new pedestrian-only zone in Rome, is the historic square at the foot of the Eternal city's monumental Spanish Steps, which is closed to traffic since Monday.

Police cars blocked the entrance to the square, ready to slap drivers with an 80 euro ($107) fine if they drive or park near the 18th-century Baroque-style stairway, made famous by the 1953 film "Roman Holiday" starring Audrey Hepburn and Gregory Peck.

While some tourists pausing for a rest on the 136 steps under the hot August sun approved of the no-traffic rule, others were less convinced.


"I think it's very nice that it's reserved for pedestrians," said elderly French tourist Delphine, but 17-year-old American Leah Bark said "taxis should be allowed in to enable better access" to one of Rome's most visited sites.
Advertisement
Taxi drivers who previously lined up across the square to wait for fares said they would not only lose out on passing tourists but also local hotel guests.

The square is also home to the "Fountain of the Old Boat" -- designed by Italy's famed sculptor Gian Lorenzo Bernini, and his father Pietro Bernini -- as well as the house where English poet John Keats died in 1821.

The decision to restrict the area to bicycles and emergency vehicles follows the closure last summer to traffic around the ancient Colosseum, as well as Via dei Fori Imperiali, which runs through a vast area of Roman ruins.

In March, luxury jeweler Bulgari said it would put 1.5 million euros towards the refurbishment of the Spanish steps, a two-year project set to kick off in 2015.

Roman 'Free Choice' Cemetery Discovered
A cemetery has been uncovered by Archeologists in Italy, in the 2,700-year-old ancient port of ......

Language Development Driven by Historical Context and Not the Brain
It has been assumed that word-order develops in accordance with a set of universal rules, ......