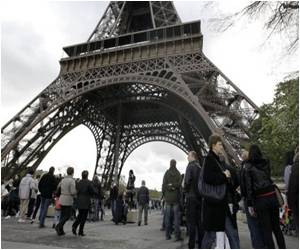 While the French Government is mulling over a solution to the problem of Roma Migrants, all these people want is a normal life.

"I want to work," said Marcel Stoican, a 24-year-old father who was part of a small group of families camping Wednesday on the Place de la Republique in the centre of the capital.

The French votes the Duke and Duchess of Cambridge among their favourite married couples.
Advertisement

As government ministers met for emergency talks on the handling of an estimated 15,000 Roma currently living in camps across France, Stoican explained his reasons for leaving his native Romania.


"I'm a stonemason, but I can also do metal work or painting. Back in Romania the most I can expect to earn is five to ten euros a day. We are outcasts there."

Obligatory Breathalyzer Tests On All Vehicles In France

Starting Sunday, it is mandatory for all vehicles moving on French roads to carry a chemical or electronic breathalyzer test, under new rules aimed at minimizing alcohol-driven accidents.
Advertisement
For most Roma, if they can find a job in France, the odds are that it will be illegal. In practice many survive through a combination of begging and scavenging from bins.

Yelena, a 31-year-old mother of three, has been living on the tiny bit of grass that separates the two sides of the Boulevard Richard Lenoir for the last six months.

As she proudly showing off her new baby, her other children, Christina, 12, and Andrea, 5, looked on, nibbling at biscuits given to them by a passer-by.

"Here, people are kind to us. They give us things," she said. However precarious her position in France, it seems like a better option than a return to Romania. "My children's life is here."

France has come under fire for dismantling Roma camps and repatriating hundreds of the migrants to Romania -- a strategy deemed futile by many as there is nothing to stop them coming straight back.

That is what Vasile Mitica, 30, did. "I simply want my children to go to school," he said. "They told us there was work in France so I got on the bus and came."

With larger camps now vulnerable to being cleared, many Roma in the Paris region are now opting to gather in smaller groups where they are less obvious, although their presence in the 11th arrondissement has not gone down well with local cafe owners.

"They're everywhere," complained Paulo Goncalves, the owner of the Falstaff bar.

"They never stop hustling and hassling people, they steal tips from the tables. It's not the Place de la Bastille anymore, it's the Place des Roms."

With criticism of their treatment of the Roma mounting, French government ministers were meeting Wednesday to review their approach to the issue.

Among measures under discussion was a proposal to lift restrictions on migrants from Bulgaria and Romania working in France.

France is one of a number of European Union countries which declined to grant Bulgarian and Romanian workers unrestricted access to their labour markets following the two countries' 2007 accession to the European Union.

Critics argue that the policy puts Roma migrants in an invidious position since they can be deported because they cannot demonstrate that they can support themselves but, at the same time, they cannot seek work legally.

One of the EU's founding principles is that citizens should be able to work in any member state, and the transitional arrangements permitted when Bulgaria and Romania joined must be phased out by the end of 2013 in any case.