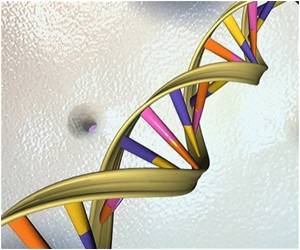 According to a new study a combination of genetic and neurobiological approaches to establish that synaptic mutations worsen the risk of autism spectrum disorders (ASDs). It also highlights a role for modifier genes in these disorders. Published in PLoS Genetics, this research was conducted by researchers at the Institut Pasteur, the Paris Diderot University, the Robert Debré Hospital, the Gillberg Neuropsychiatry centre, Ulm University and the Centre National de Génotypage, in collaboration with other institutions in Europe.

ASDs are a heterogeneous group of neurodevelopmental disorders with a complex inheritance pattern characterized by impairments in social interaction and communication, and by restricted and repetitive behavior. ASDs appear before the age of three years and affect 1/100 children, with a higher risk for males than for females. Several genes involved in ASD have been identified in patients with ASD, but only recently have we started to learn about their effects on neuronal functions and their interaction with other genetic variations.

In their new study, Leblond and collaborators identified mutations altering SHANK2, a gene that encodes a scaffolding protein located at synapses (contacts between neuronal cells). The researchers showed that several of the mutations observed in patients reduced the number of synapses in neuronal cell cultures. Further genomic analysis of three patients carrying SHANK2 deletions identified additional rare genomic imbalances, previously associated with other neuropsychiatric disorders, that could act as modifier genes by modulating the disorder.


These results emphasise the importance of synaptic gene dysfunction in ASD and also highlight a role for modifier genes, confirming a "multiple hit model" for ASD. "A better knowledge of these genetic interactions will be necessary to understand the complex inheritance pattern of ASD", concludes Thomas Bourgeron, an author on the paper.

An article that highlights the harmful effects of antidepressants on children with autism.
Advertisement
<< Role of Synaptic Proteins in Autism Spectrum Disorders Gets ...
Left and Right: How the Mastermind can Tell Apart >>

Scientific research has been initiated to study the effects of gluten-free, casein-free diet on individuals suffering from autism