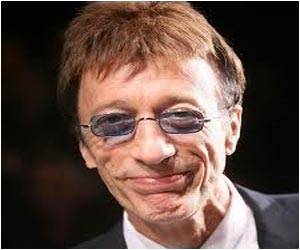 Robin Gibb has told his family that his cancer is now in remission. Gibb has been suffering from liver and colon cancer for months.

The former Bee Gee's member shared the news with his son Robin-John, known as RJ, from his hospital bed.

"It's gone, they can't see it no more. I've done it," the Mirror quoted him as saying.


RJ revealed the pair hugged and held hands for hours trying to take in the enormity of the news.

"I leant over the hospital bed and I kissed him on the forehead, looked him in the eyes and just said, 'I love you'.

Bile duct cancer occurs either within the liver or the point where the bile ducts emerge from the liver or outside the liver.
Advertisement
"Then we sat together for ages, just taking it all in and being together without saying anything. It was the best news we could have hoped for.

"It was the most beautiful feeling and instantly life was so, so much better," he said.

But he added there was still a long road ahead - and the liver and colon cancer that his dad, 62, had beaten could return at any time.

"If we can keep it at bay, sometimes people live with it for years but obviously we can never know precisely," he said.

"Those trips to the hospital never stop. He will always have to keep going back for tests and check-ups, because of course this disease has a terrible habit of coming back," he added.

Basal cell cancer is a locally invading cancer. It often occurs on the face above a line joining the angle of the mouth and the ear lobe.
Advertisement
<< Global Warming: Threat Level High for Ecosystems Dependent ...
Amitabh Bachchan Tells Media He is Fine After Tweet Trigger... >>