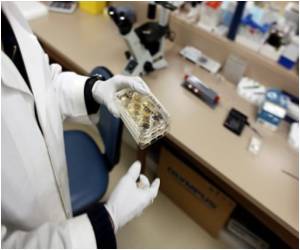 Researchers of Whitehead Institute have identified a previously unrecognized layer of genetic regulation that is necessary for the generation of undesirable white fat cells.

When this regulation is disrupted, white fat cells are unable to accumulate lipid droplets or mature from their precursors.

"We're trying to figure out what the mechanism iswhat it takes to make fat cells," says Whitehead Founding Member Harvey Lodish, who is also a professor of biology and a professor of bioengineering at MIT. "The obvious reason we're interested in this is because a lot of people have too many of them."


According to the Centers for Disease Control and Prevention, obesityhaving a body mass index (BMI) of 30 or higheris a serious healthcare and economic problem in the United States. More than one-third of American adults are obese, a condition that can lead to heart disease, type 2 diabetes, and stroke. In 2008 obesity-related issues were estimated to cost $147 billion.
Advertisement
All of these problems are caused by an overabundance of white fat cellsadipose tissue cells that store excess energy as fat or lipid droplets. Unlike white fat cells, brown fat cells, which are most prevalent in babies and have a reduced presence in adults, use lipids as fuel to maintain a stable, warm body temperature. Understanding how both types of fat cells are formed and maintained may one day lead to anti-obesity therapies.

In the quest to understand fat-cell generation and maintenance, the Lodish lab scanned mouse fat cells to determine which of the cells' long noncoding RNAs (lncRNAs) are active. Of the 175 identified, 10 lncRNAs were found to play significant roles in these cells.

Residing within what was once dubbed "junk DNA", lncRNAs have recently gained fame as important gene expression regulators that modify chromatin, enhance transcription, and promote messenger RNA (mRNA) degradation, as well as through other methods that have yet to be elucidated. Recently, the Lodish lab identified lncRNAs as playing a vital role in regulating programmed cell death during one of the final stages of red blood cell differentiation.

To determine the function of the identified active lncRNAs in fat cells, Lei Sun, a former postdoctoral researcher in the Lodish lab, and Loyal Goff from Harvard University and the Broad Institute, knocked each lncRNA down individually in fat precursor cells and analyzed the results. When 10 of these lncRNAs had reduced expression, the cells did not turn on the genes that are usually expressed in mature white fat cells, and the cells had significantly smaller lipid droplets than white fat cells with normal lncRNA expression. Their work is reported in this week's issue of the Proceedings of the National Academy of Sciences (PNAS).

"This is the first study showing the importance of lncRNAs for the regulation of adipogeneis," says Sun, who is now an assistant professor at Duke-NUS Graduate Medical School. "Our understanding of lncRNA function in these cells is still incomplete, but in the future, this line of research may reveal new pathways that obesity drugs could target."

Micro RNA Opponent for Ovarian Cancer Identified
Scientists have identified micro RNA 506 (miR-506) as a therapeutic candidate for advanced or ......