Risks in Bioterror Research Labs Highlighted by US Investigation 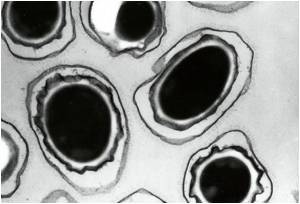 A Congressional investigative group has said that US labs that research bioterror germs such as anthrax are at risk for accidents because they do not have uniform building and operation standards.

A lack of oversight has persisted despite a 2009 report by the Government Accountability Office on the same topic, leaving no single agency in charge of safety or research goals at bioterror labs, the GAO said in its report.

"This deficiency may be more critical today than three years ago because current budget constraints make prioritization essential," it said.


US labs that research ways to protect against bioterror germs and disease outbreaks have been on the rise since the September 11, 2001 attacks.

They are costly to build and maintain, but have no overarching safety standards, despite concerns over security that first arose in 2001 with a spate of deadly anthrax letter attacks that killed five people.
Advertisement
A US government scientist was implicated, but he killed himself before the case could go to court, and questions persist about who was really to blame.

"GAO found a continued lack of national standards for the design, construction, commissioning, and operation of high-containment laboratories," said the GAO's report issued on March 25.

"In the absence of some fundamental criteria, each laboratory can be designed, constructed, and maintained according to local requirements. This will make it difficult to be able to assess and guarantee safety, as we noted in our 2009 report."

Further, because no agency is in charge of directing research priorities, even important projects -- like a proposed $1.14 billion national bio- and agro-defense lab to make vaccines against high-risk animal diseases that could harm humans -- are in peril as the United States undergoes sharp budget cuts.

"Faced with the nation's current budget constraints, achieving that research priority could be in doubt," said the GAO report.

The GAO called on the White House's Office of Science and Technology Policy to "ensure that periodic assessments of national biodefense research and development needs are conducted."

The OSTP was also urged to "examine the need to establish national standards relating to designing, constructing, commissioning, maintaining, and operating high-containment laboratories."

Experts Say 'Synthetic Biology' may Trigger 'Bioterrorism'
Scientists at the University of Nottingham have warned that 'synthetic biology' - a technique ......

Anthrax Vaccine to Counteract World Bioterrorism Threat
A team of scientists from Cardiff University bids to develop a vaccine against anthrax to help ......