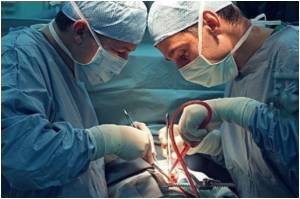 A study in the June 2 issue of JAMA says that patients who have excessive oxygen levels in arterial blood (hyperoxia) following resuscitation from cardiac arrest have a higher rate of death in the hospital than similar patients without arterial hyperoxia.

The most common lethal conse­quence of cardiovascular dis­ease is sudden cardiac arrest. Even if return of spontaneous circulation (ROSC) from cardiac arrest is achieved, approximately 60 percent of patients will not survive to hospital discharge, according to background information in the article. "In the search for modifiable post-ROSC factors, the role of supplemen­tal oxygen, which is often administered in high concentrations to patients after cardiac arrest has come into controversy," the authors write. "Laboratory investigations suggest that exposure to hyperoxia after resuscita­tion from cardiac arrest may worsen anoxic brain injury; however, clinical data are lacking."


J. Hope Kilgannon, M.D., of Cooper University Hospi­tal, Camden, N.J., and colleagues conducted a study to determine whether hyper­oxia after ROSC from cardiac arrest was associated with poor clinical out­come. The study included information from a critical care database of intensive care units (ICUs) at 120 U.S. hospitals, from between 2001 and 2005. Patient inclusion criteria included older than 17 years of age, nontraumatic car­diac arrest, cardiopulmonary resuscitation within 24 hours prior to ICU arrival, and ar­terial blood gas analysis performed within 24 hours following ICU arrival. Patients were divided into 3 groups based on a measurement of oxygen in arterial blood.

The researchers also found that among hospital survivors, hyperoxia was associated with a lower likelihood of independent functional status at hos­pital discharge compared with nor­moxia.

"While we acknowledge that association does not necessarily imply causation, these data support the hypothesis that high oxygen delivery in the postcardiac arrest setting may have adverse effects," they write.

Editorial: Titrating Oxygen During and After Cardiopulmonary Resuscitation

Patrick M. Kochanek, M.D., and Hulya Bayir, M.D., of the University of Pittsburgh School of Medi­cine, comment on the findings of this study.

"Experimental evidence suggests that the risk of oxida­tive injury may be greatest early in resuscitation, possibly related to the initial burst of reperfusion. Accordingly, unconventional resuscitation strategies that were considered but heretofore unproven (such as intermittent, controlled, or even delayed reperfusion) are being explored in the labo­ratory with promising results in some cases. Such an ap­proach might be particularly important in the setting of prolonged cardiac arrest. With the upcoming 50th anniversary of the birth of cardiopulmonary resuscitation, the work of Kilgannon et al provides an impetus for better defining the use of oxygen in all settings of cerebral resuscitation, in further exploring these revolutionary approaches to resus­citation, and in examining other strategies such as the com­bination of 100 percent oxygen with antioxidant therapy ..."