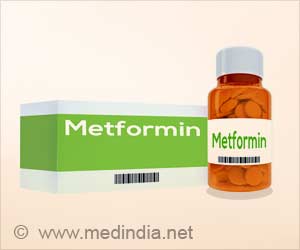 Metformin use was associated with a significantly lower risk of dementia in African American patients, revealed a large observational cohort study that examined male veterans over the age of 50 with type 2 diabetes.

Dementia has become a very big concern as we have an aging population across the world. Dementia is also terrifying to us because of its disturbing symptoms and limited treatment options.
Advertisement
‘The study finding calls in for a novel approach for reducing dementia risk in African Americans with type 2 diabetes mellitus using metformin.’

The study showed modest to no association between metformin and lower risk for dementia in white patients 65-74 and no association in other age groups. The present results may point to a novel approach for reducing dementia risk in African Americans with type 2 diabetes mellitus.

Vascular dementia is the second most common form of dementia. Though it has no cure, you can still learn to manage its symptoms and lead a joyful life.
Advertisement
<< Intervention Program Helps Lower Childhood Obesity in UK
Family History of Alzheimers Associated With Poor Memory an... >>

Alzheimer''s disease is a progressive neurodegenerative disease affecting memory and thinking and making the person increasingly dependent on others.