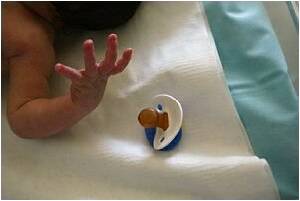 The risk of death due to other infections still looms large during the first year on babies who are fortunate not to get HIV from their infected mothers.

Researchers examined around 100 mothers and their babies in South Africa, and compared antibody levels among children who were born infected with HIV to children who escaped HIV, a group described as HIV-exposed infants.

Those who did not get HIV showed lower levels of antibodies to whooping cough, tetanus and pneumococcus infections, which can be preventable by vaccination, though vaccines are not always available in poor areas of the world.


"These infants and children represent a vulnerable group with increased rates of lower respiratory tract infection and meningitis and up to four-fold higher mortality in the first year of life," said the study in the Journal of the American Medical Association.

The number of HIV-exposed infants is on the rise, particularly in the developing world, because of strategies that reduce the likelihood that mothers will pass the disease onto their children.

Births of HIV-positive babies have dropped dramatically in the past decade due to medications that mothers can take during pregnancy to prevent transmission.

But infectious disease remains a major killer of children under five, killing close to six million children globally each year.

Researchers said more study was needed to be sure of the link between low antibodies and higher death rates, and to look at how to better deliver vaccines in impoverished nations.

"We were unable to correlate antibody levels with long-term vaccine responses or clinical outcomes in the women or infants," it said.

"However, our data contribute to a potential explanation for the higher morbidity and mortality observed among African HIV-exposed infants."

AIDS defining malignancies are cancers that occur in patients with AIDS due to their low immunity.
Advertisement
Advertisement