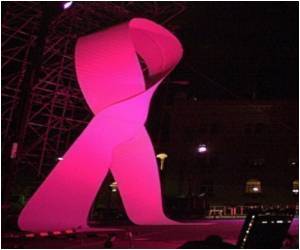 Intense exercise more than two hours per week was found to reduce the risk of developing breast cancer in postmenopausal African-American women by 64 percent. Women of the same race who do not exercise did not get this benefit.

Results were presented at the Third AACR Conference on The Science of Cancer Health Disparities, held Sept. 30 to Oct. 3, 2010.

"People often want to know what they can do to reduce their risk of disease, and we have found that just two or more hours of vigorous activity per week can made a difference in one's risk of developing breast cancer," said the lead researcher Vanessa Sheppard, Ph.D., a cancer control scientist and assistant professor in the department of oncology at the Lombardi Comprehensive Cancer Center.


In this study, more than two hours of aerobics, running or similar activity over the span of a week counted as vigorous activity.

"We also know from other studies that being physically active can have benefits in other diseases that occur at high rates in African-American women, such as diabetes and hypertension," Sheppard said. "Four out of five African-American women are either overweight or obese, and disease control is a particularly important issue for them."

The researchers identified 97 recently diagnosed African-American breast cancer patients in the Washington, D.C., area and matched them with 102 African-American women without breast cancer. Participants filled out a questionnaire about exercise routines; the responses were analyzed and compared.

After evaluating those who were pre- and postmenopausal, they found that vigorous exercise only significantly benefitted postmenopausal women  they had a 62 percent reduction in risk.

"I was surprised that we did not find a significant effect in premenopausal women, but it may be because we need a larger sample," Sheppard said.

However, when the researchers examined the effect of total physical activity, which combined walking with vigorous activity of two or more hours per week, they saw significant gains for both premenopausal and postmenopausal women.

"We suggest that our findings, while promising, should be interpreted with caution. This is a pilot study and a larger, more rigorous study is needed to precisely quantify the effect of exercise on development of breast cancer. I think it is fair to conclude that if African American women exercise they can help take charge of their health," said Sheppard.

Lifestyle choices may or may not cause breast cancer but healthy lifestyle changes can open up avenues beyond breast cancer. Good habits will allow one to fight breast cancer and to live with dignity.
Advertisement
<< African-American Women Have Lower Levels of Vitamin D
Our Relationship With Shades Dictates Colour Preferences >>