Risk of Behavioural Problems for Kids Born Before Due Time 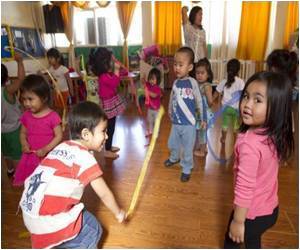 Children born only few weeks before time are notably likelier to have behavioural and/or emotional problems in the pre-school years, suggests research published online in the Archives of Disease in Childhood.

It is well known that children born very premature (under 32 weeks) tend to have significantly more behavioural and/or emotional problems than children born full term, but it has not been clear what impact birth just a few weeks too early might have.

Babies born in 34-36 weeks could be at increased risk of cognitive and emotional problems, regardless of maternal IQ or demographics, according to new research.
Advertisement


They base their findings on more than 1,500 children whose behaviour and emotional development were assessed at the age of 4, using validated tests. All the children were part of a long term study looking at the growth, development, and general health of children born prematurely (The Longitudinal Preterm Outcome Project or Lollypop).
Advertisement
Just under 1,000 children were born between 32 and 35 weeks of pregnancy, classified as "moderately premature," and just under 600 were born at term.

Seven behavioural/emotional components were assessed, including anxiety/depression, aggression, attention disorders, and somatic complaints - conditions with no obvious physiological cause. The prevalence of behavioural (externalising; acting out), and emotional (internalising), problems, were also assessed.

The moderately preterm children had higher scores than their term peers on all the measures used, clocking up an average difference in cumulative score of more than four points.

"Our results demonstrate that moderately premature children are more likely to already have behavioural and emotional problems before they enter school," write the authors, who suggest these children may benefit from targeted help.

This is because these types of problems tend to persist into later childhood and adolescence and are likely to affect their academic performance and friendships at school.

Source: Eurekalert
Advertisement
<< Temper Tantrums in Kids can be Overcome by Ignoring Them
Nanotubes can be Monitored Non-Invasively in Live Cells >>