Risk from Rows With Family and Neighbours in Middle-Age 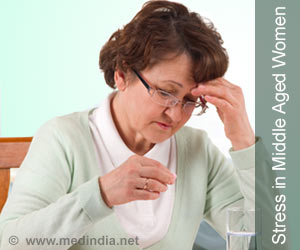 Going head-to-toe with the people next door over their late-night parties? Picking up another fight with your tearaway daughter? Think again.

Danish researchers say people who argue constantly with relatives, friends or neighbours are more than twice as likely to die in middle age.

Men, and those who are unemployed, seem to be especially at risk, they add.


In 2000, investigators enrolled nearly 10,000 Danes aged 36-52 in a long-term study about their health and lifestyle, and followed them for the next 11 years.
Advertisement
By the end of this period, four percent of the women participants, and six percent of the men, had died -- and the researchers found a clear link between mortality and disputation.

Those who had reported they argued frequently with anyone in their social circle, from partners and relatives to friends and neighbours, were between two and three times more likely to die from any cause compared with counterparts who had said these incidents were rare.

The probe took into account a range of factors that could potentially skew the findings, such as symptoms of depression, but it did not incorporate personality traits.

Also revealing, but less significant, was the link between early death and worries or demands generated by partners or children.

Learning how to handle relationship stress could be a lifesaver, says the paper, led by Rikke Lund of the University of Copenhagen.

"Skills in handling worries and demands from close social relations, as well as conflict management within couples and families and also in local communities, may be important strategies for reducing premature deaths," it says.

Previous research has confirmed that strong friendships and a stable partnership are beneficial for health, but there have been few attempts to delve into the reverse side.

The study appears Thursday in the Journal of Epidemiology and Community Health.