Rise of 'Metrosexuals' in Pakistan 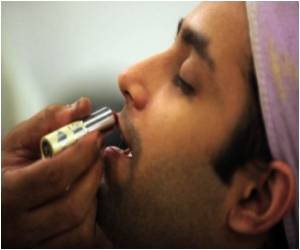 "Metrosexuals" are increasing in Pakistan in spite of militant Islamists carry on war on anything smacking on Western culture.

Confounding expectations in a country where most street scenes are filled with men wearing the traditional shalwar kameez, a simple cotton tunic, male grooming salons are springing up in the main cities.

Women would rather want men to help them with household chores than take them away on a romantic weekend getaway, a new UK survey has revealed.

Despite Pakistan's dire economy and widespread poverty, rich urbanites have more disposable cash than ever and are now spending it on their image, says Hassan Kilde Bajwa, of Synergy advertising agency.


Bajwa says the rise of the metrosexual, or "metropolitan heterosexual" man, is a result of a liberalised banking sector and a massive explosion of media in a country that 15 years ago had just two television channels and no FM radio.

"Now people have a much greater disposable income because of all the banking reforms we've had over the past 10, 15 years where all of a sudden we have people being able to take loans, which was not a possibility in Pakistan before.

"And the other major influence is the fact that we now have a flourishing media industry," says the 30-year-old associate creative director.

"When you're bombarded with all these new ideas, your consumption increases."

Bajwa says advertising campaigns have rushed in to play to the desire for an improved image, pushing Western beauty trends among men.

"Now you see more and more products, personal hygiene products, being targeted at men, which is something quite new. Metrosexuality is definitely on the up in Pakistan," he says.

Hair transplants are one sign of the trend. In the eastern city of Lahore, Pakistan's cultural capital, surgeon Ahmad Chaudhry says his hair transplant business is booming, with clients up by one third last year.

The past five years has seen a trebling of profits, says the 40-year-old doctor, sporting a thick head of hair and speaking as he performs one of his daily surgeries while his bald client calmly watches television.

"It's due to awareness we have created by advertising and good references," says Chaudhry, adding that business would be even better without the security threats throughout the terrorism-hit country.

"Business is growing more and more but when there's political instability or some explosions then there's a down. People are afraid to travel to Lahore or even to Pakistan."

His waiting room is covered in posters of satisfied clients and their glowing references, including a former federal minister and Test cricketer.

Chaudhry's client Azhar Amin, 43, is sitting in the surgery chair with his legs outstretched as the surgeon cuts away a section of his scalp under local anaestethic.

"I wanted it for cosmetic reasons and to improve my confidence," says Amin, who paid $1,350 for each of two five-hour procedures.

"Baldness is a weakness so after the hair transplant I will be more cosmetically acceptable and confident. I saw it on the internet and then decided to have it done."

Beauty treatments traditionally associated with female pampering, such as facials and manicures, are also increasingly popular among Pakistani men.

Michael Kanaan, a Lebanese salon owner in Islamabad, has worked in Pakistan for five years and watched the trend grow.

"They're catching up with the (Western) fashion. Everyone wants to look good, everyone wants to feel good about themselves when it comes to their hair and nails," Kanaan says, attributing the trend to increased travel abroad.

His voter base is in the northwest province of Khyber Pakhtunkhwa, a conservative region rife with Islamic militancy.

But Khan says male pampering is surprisingly socially acceptable, even among the tribal cultures of the lawless border region, where traditional dyes such as henna are popular for dying hair and beards.

"It's a very traditional conservative society in Pakistan, but traditionally it's not a problem over here if you tell someone you've been to a salon, and had a facial or pedicure, noone will laugh at you," he says.

But advertising man Bajwa cautions there is a limit to this trend -- few Pakistanis are likely at this stage to adopt famed English footballer David Beckham's penchant for sarong skirts and piercings.

"One thing that still isn't acceptable, even among metrosexuals, is accessories. It's a very common thing for men in Europe to wear a wristband or something, the Beckham thing," says Bajwa.

"That's not something you ever see in Pakistan. Earrings, in fact piercings anywhere, socially is unacceptable. It's still a social taboo."

Manscaping - Enter The MetroSexual Man With A Zing for Facials and Creams!

Facials and waxing are no longer limited to women, for men are also indulging in the treatments with gusto.
<< France's First 'Saviour Sibling'
Measles Outbreak in New Zealand >>