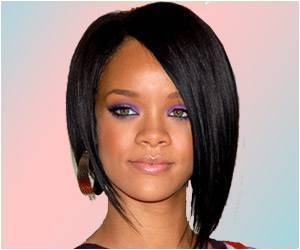 Rihanna's toned arms, taut midriff and slender legs grab eyeballs no matter what she wears and where she is.

Now you too can get the attention-grabbing physique with the exercise regime followed by the 23-year-old Barbadian singer.

"She's got such a beautiful body naturally," People magazine quoted The Revolution's Harley Pasternak, creator of the 5 Factor program that has helped Rihanna maintain her svelte figure, said.


"With someone like her, it's about the fine tuning," he said.

When the 'Unberella' hitmaker is on the road, she does her best to squeeze in at least three workouts a week, at least 25 minutes a day. But once settling in one location, she gets down to serious work.

Is there anyone in this world who fails to be swayed by the magic of youth? None, for when youth explodes joyously all Nature smiles!
Advertisement
"She's been really focused and stepped it up," he said.

Rihanna increases her sessions to five days a week and bumping her cardio to a total of 30 minutes a day from 10."

Biking or cycling are part of her regular cardio routine, as well as exercises like jumping rope without a rope, stationary jogging and jumping jacks.

"She can do those in a hotel room or backstage before a show," Pasternaksaid.

Thought she does her best to stick to a diet of five small meals a day, the 'You Da One' singer still "gets salty cravings", he said, which she knocks out with Pasternak's high-protein, bean-based 5 Factor chips.

"They've been a big hit with our music and entertainment clients," he said.

The trainer's team also works with other stars such as Katy Perry and Lady Gaga.

"She keeps getting better and better!" he said for Rihanna.

The myriad of exercises available for women today to achieve the perfect body can leave them ...