'Right to be Forgotten' of Google Gets 70,000 Requests 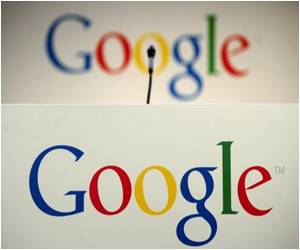 Google has been asked by more than 70,000 people, to delete links about them under Europe's "right to be forgotten" ruling, with some of the world biggest news sites the first to be hit.

The search engine has restricted access to a BBC blog posting and several British newspaper stories under a legal ruling granting people a right to be "forgotten" in search engines, it emerged on Thursday.

Google said it had received 70,000 requests since it put a form online on May 30 as a result of the ruling by the European Court of Justice.


The court said that individuals have the right to have links to information about them deleted from searches in certain circumstances, such as if the data is outdated or inaccurate.
Advertisement
But BBC economics editor Robert Peston complained that Google had "killed this example of my journalism" after being informed that a 2007 posting about former Merrill Lynch chairman Stan O'Neal had been removed from certain searches in Europe.

The Guardian newspaper also said it had been notified that six links to its stories had been removed from search results, three of them about a 2010 controversy involving a now-retired Scottish Premier League referee.

The newspaper said Google gave it no reason for removing the link or a chance to appeal.

Reports in Europe late Thursday indicated that Google restored some deleted Guardian story links to search results, indicating the California-based Internet titan was refining the right-to-be-forgotten process on the go.

European news organisations have opened fire on Google for removing links to stories from search results in the name of adhering to the court order.

Mail Online, the world's biggest news site, said it had received notification that links to a story about the same Scottish referee, Dougie McDonald, had been removed from certain searches.

Other stories restricted include one about a couple caught having sex on a train, and another about a Muslim man who accused the airline Cathay Pacific of refusing to employ him because of his name.

"These examples show what a nonsense the right to be forgotten is. It is the equivalent of going into libraries and burning books you don't like," said Martin Clarke, the publisher of Mail Online.

He said the website would regularly publish lists of articles removed from Google's European search results, while the BBC and The Guardian also published links to the restricted stories.

The links remain visible on Google.com, the US version of the site, and the restrictions only appear to relate to certain search terms.

A commentary in The Guardian noted that a search for Dougie McDonald no longer brought up its story on Google.co.uk, but a search for "Scottish referee who lied" worked fine.

According to the story, McDonald was found to have lied about his reasons for granting a penalty in a Celtic v Dundee United match.

Google, the world's leading search engine, said that each request "to be forgotten" would be examined individually to determine whether it met the ruling's criteria.

A spokeswoman told AFP: "We have recently started taking action on the removals requests we've received after the European Court of Justice decision.

"This is a new and evolving process for us. We'll continue to listen to feedback and will also work with data protection authorities and others as we comply with the ruling," she said.

Leave Dr. Google, Find A Real Doctor
In today's world of information overload, the internet is seen as the ultimate guru. But many are .....