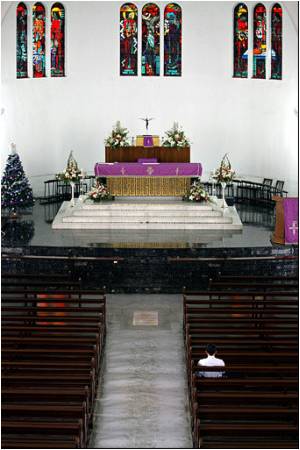 Two wealthy Swiss seniors who were arrested for robbing collection boxes from the church, told the police that their spree was just for thrills.

In a statement, prosecutors in the central region of Lucerne said that the married couple, aged 70 and 73, had admitted stealing money on multiple occasions from local churches.

A new birth control law in Philippines which has been known as a Catholic Church's Asian stronghold, highlights an increasingly liberal shift which could result in divorce being legalised.
Advertisement

The couple, who prosecutors said were well-heeled, claimed that they were driven by a desire for an adrenalin rush.


They had never had a brush with the law before.

The run of thefts began last November, and the couple are estimated to have made off with several hundred Swiss francs.

The husband kept watch while his wife stole the money.

The investigation was continuing, prosecutors said.

Cyprus to Try for Casino Resort Licence in 2015

Cyprus plans to issue a first-ever licence for a casino resort in the government-held south of the Mediterranean island by next spring, announced on Thursday.
Advertisement
<< MRI Detects Breast Cancer Early in At-risk Survivors of Fem...
Kidney and Urothelial Cancer Risk High Among People With Re... >>