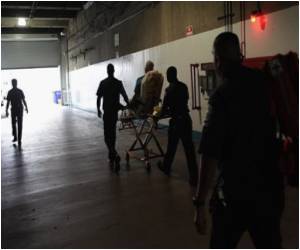 Health spending in the 31-member Organisation for Economic Cooperation and Development jumped from 7.8 percent of gross domestic product in 2000 to 9.0 percent in 2008.

Health care's high costs are a main reason lawmakers are taking on health reform, but it's also a challenge to identify and target the many reasons care is so expensive.
Advertisement

The OECD attributed the upward pressure to technological changes, population growth and ageing.


The study found that the United States spent 7,538 dollars per person on health care in 2008, more than double the average 3,000 dollars for all OECD countries.

Will Emphasis On Prevention Bring Health Costs Down?

Kaiser Health News reports that If there is one thing that both parties can agree on in the health overhaul debate, it's the need to build a health system that promotes prevention...
Advertisement
The next biggest spenders were Norway and Switzerland, spending about 50 percent more than the OECD average.

"Given the urgent need to reduce their budget deficits, many OECD governments will have to make difficult choices to sustain their health care systems: curb the growth of spending on health, cut spending in other areas or raise taxes," the OECD said.