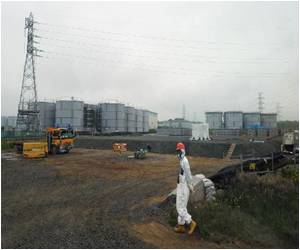 After the 2011 nuclear disaster that prompted international alarm over the region's produce, Fukushima rice passed Japan's radiation checks for the first time a prefectural official said.

Fukushima official Tsuneaki Oonami told that about 360,000 tonnes of rice, nearly all of last year's harvest had been checked and none had tested above the 100 becquerels per kilogram limit set by the government.

Ionizing radiation can damage living tissue in the human body. It strips away electrons from atoms breaks some chemical bonds.
Advertisement

"The fact that the amount of rice that does not pass our checks has steadily reduced in the last three years indicates that we're taking the right steps," said Oonami, who heads the department that oversees Fukushima rice farming.


Diminutive amounts of rice produced in 2012 and 2013 failed to pass radiation checks and had to be destroyed.

Farmers and fishermen in Fukushima were hit hardest by the 2011 earthquake and tsunami that set off meltdowns at Tokyo Electric Power Co's nuclear plant and forced Japan to suspend some agricultural and fisheries exports.

Ultraviolet radiations are electromagnetic radiations with wavelengths shorter than the shortest wavelength of visible light, " the rays beyond the rainbow".
Advertisement
Japan has since lifted export restrictions, although repeated contaminated water leaks at the Fukushima Daiichi plant prompted South Korea to ban imports from eight regions including Fukushima prefecture in 2013.

Acute radiation syndrome occurs when a person is exposed to a high dose of external penetrating radiation within a short time.
Advertisement
Advertisement

A sudden, severe pain in the testis may be due to testicular torsion. Testicles inside the scrotum are very ...

Encyclopedia section of medindia gives a brief Overview of X-Ray