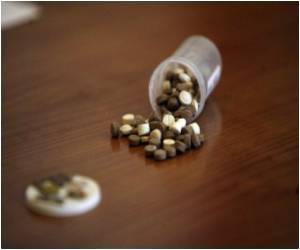 Retired American football players use painkiller drugs four times more than general public and many admitted misusing the drugs when they were playing, said a study.

A total of 644 National Football League players who retired between 1979 and 2006 were surveyed in the study, published in the journal Drug and Alcohol Dependence.

Researchers asked them about their health, history of injury and concussions, and current and past painkiller use.


Seven percent of former players, four times the rate in the general population, reported that they were currently taking painkillers, or opioids, such as morphine, Vicodin, codeine or oxycodone.

Drug Abuse Screening Test (DAST) is a screening test to find out if you need professional help with 'Drug Abuse' problem. This is only an anonymous self test.
Advertisement
"More than half used opioids during their NFL careers, and 71 percent had misused the drugs," said professor of epidemiology in psychiatry Linda Cottler at Washington University in St. Louis, Missouri.

"That is, they had used the medication for a different reason or in a different way than it was prescribed, or taken painkillers that were prescribed for someone else," said Cottler.

The study did not reveal how many of those taking painkillers were addicted to them.

Offensive linemen were twice as likely as other players to take or abuse prescription painkillers during their playing days.

"This group tends to be overweight and have cardiovascular problems, so they represent a group of former players whose health probably should be monitored closely," said Cottler.

"At the start of their careers, 88 percent of these men said they were in excellent health. By the time they retired, that number had fallen to 18 percent, primarily due to injuries," said Cottler.

"Only 13 percent reported that they currently are in excellent health. They are dealing with a lot of injuries and subsequent pain from their playing days. That's why they continue to use and misuse pain medicines."

Painkiller addiction is the use of prescription painkillers in a way not meant by the prescribing doctor. ...

Natural painkillers, such as herbs and spices can relieve pain too. They can be as potent and effective as ...

World Cup Football 2014 has seen its share of injuries that are part and parcel of any sport, more so, a game ...