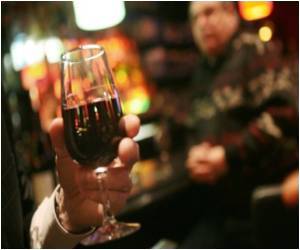 Resveratrol may be a useful tool for reducing body fat, according to a new study.

For her thesis, Arrate Lasa, nutrition and obesity research team member at the University of the Basque Country, studied the fat-reducing effect of Conjugated Linoleic Acid (CLA) and resveratrol.

CLA and resveratrol are two functional ingredients that, in various experiments on living beings and in vitro, have proved to have a fat-reducing effect.


On the one hand, the properties attributed to CLA indicate that it prevents weight gain and the accumulation of body fat through inhibiting the synthesis of fat and increasing the oxidation of fatty acids.

The BMI calculator helps you assess your weight indicating if it is normal or if you are underweight or overweight, based on your height.
Advertisement
However, its effects when applied in a hypocaloric diet for the treatment of obesity are unknown.

On the other, it is known that resveratrol has hypolipemiant properties, but its effect on the use of accumulated fat has not been extensively analyzed.

Lasa's thesis showed the results obtained after treatment with CLA in hamsters subjected to energy restriction and the effect of resveratrol on accumulated fat and lipolytic activity in cell cultures of adipocytes of murinae and humans.

The results showed that CLA does not foment weight or body fat loss, induced by an energy restriction diet.

Neither does it induce greater lipolysis, nor improvement in serum parameters, in glucose homeostasis or insulin function to any greater extent than with the slimming diet itself.

On the contrary, resveratrol reduces the accumulation of triglycerides, in part by activation of lipolysis, in both the adipocytes of mice and of humans.

For all these reasons, it can be concluded that CLA may not be a molecule useful in treating obesity.

When resveratrol is included in hypocaloric diet, it could well be a useful tool for reducing body fat.

However, Lasa has cautioned that more studies were required on her findings.

Slide show which explains obesity causes and tips on how to lose weight. Exercising before breakfast is most effective for weight loss.
Advertisement
Advertisement