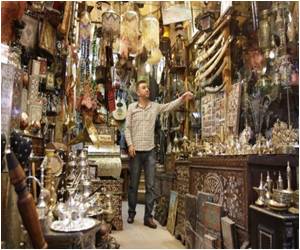 The ancient citadel of Bam, destroyed by an earthquake a decade ago, will again be a major tourist attraction by 2016, according to a senior Iranian official.

"Over the next two or three years, Arg'e Bam will be rebuilt so it again becomes a major tourist attractions" Fars news agency quoted Mohammad Ali Najafi, head of Iran's heritage organisation as saying.

Najafi visited the site on the occasion of the 10th anniversary of the deadly earthquake which reduced the citadel to rubble on December 26, 2003.

Nearly 80 percent of Bam's infrastructure was damaged, and the desert citadel, once considered the world's largest adobe building, crumbled.
Advertisement
Bam, 1,000 kilometres (600 miles) southeast of Tehran, received almost one million visitors a year before the disaster.

The citadel can be traced back to the sixth century BC but reached its apogee from the seventh to 11th centuries as it sat astride the Silk Road and other trade routes.

Najafi expressed satisfaction with the pace of the rebuilding work, saying that "on average, some 80 percent of the reconstruction of Arg'e Bam has been completed".

Hailing international aid to rebuild both the citadel and the city, Najafi said: "Arg'e Bam is a symbol of international cooperation to revive a global monument."

He also praised the efforts of Bam residents in helping to reconstruct the citadel.

In addition to international aid, the government in Tehran also granted loans to survivors so they could rebuild their homes.

But Najafi admitted that many people were having problems repaying these mortgages, and pledged that "the government will not abandon them", Mehr news agency reported.

The Bam quake was such a major disaster that Iran agreed to open up to international aid.

Tehran even allowed US planes loaded with humanitarian supplies to land on its soil for the first time since the two countries severed relations in 1980.

Iran straddles several seismic fault lines and has been hit by many earthquakes of various magnitude.