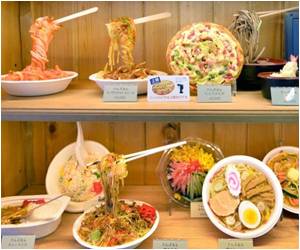 Restaurants rush to plan health insurance for workers, though, reducing the number of full time workers is the common trend. After the clause in the Affordable Care Act that requires employers to buy health cover for workers who put in more than 30 hours a week.

Employees find that their working hours have been reduced from 35 -40 to 28 hours a week ,in many restaurant chains. "We're going to open nine restaurants this year," said John Harkey Jr., chief executive of Dallas-based Consolidated Restaurant Operations Inc. It owns 10 brands, including Cantina Laredo, Cool River Cafe and III Forks. "I'm probably going to hire 500 people this year. In that process we are consciously trying to minimize the number of hours of the new employees that are hired, because we are unsure of the health care legislation. "We haven't reduced hours artificially," he said, "but we have taken the step of hiring fewer full-time people."

A few restaurant owners and retailers are finding it difficult to comply with the Affordable Care Act where employers have to buy insurance for full time workers. "The 30-hour threshold was a key element of the law that provided unique challenges for the chain restaurant industry in particular and for restaurant franchisees," said Rob Green, executive director of the National Council of Chain Restaurants. "It's a concern to a large number of companies within the industry." Under the Affordable Care Act, employers with 50 or more full-time-equivalent workers will be required to offer access to affordable health care to staffers who clock in with 30 or more hours a week.


According to Harkey there would be an increase of $2,800 per employee. The employers have given another year to plan their insurance to workers and the deadline has been moved for another year that is from 1st January 2014 to the next year. At the beginning of the year, the Cincinnati-based parent of the Frisch's Big Boy restaurants said that "among other responses to mitigate medical insurance costs ... the level of full-time hourly employment may potentially be decreased in favor of increased part-time employment."
Advertisement
United Food & Commercial Workers International Union executive - Jim Araby felt that when employers protests about inability to afford to pay health care costs "a lot of bull" as they could always bargain with insurers for lower costs. This trend of employing part-time workers would increase the load on Medicaid.

"If employers dump their responsibility, the ones that are left are individuals and the government," he said. "Especially in the low-wage economy, in restaurants, in hotels, in retail stores, where workers don't make enough money to qualify even for the (government-run) exchange, they then go on state assistance and Medicaid."