Restaurants Furious At Hike In Taxes on Eating Out 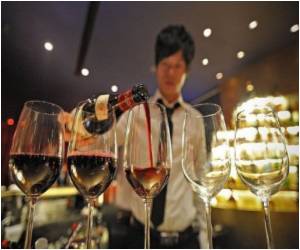 The government announced plans to hike VAT and hinted at an even bigger increase. This means that dining out and staying in a hotel in France will become more expensive from the end of next year.

The move to increase the rate of value added tax (VAT) charged on restaurant food and hotel accommodation from seven to 10 percent was dubbed "brutal" by the trade with representative bodies warning it will cost tens of thousands of jobs.

A new study has said that youth who live in towns that have smoke-free restaurants are less likely to develop the habit.
Advertisement

"We've been slapped full in the face," said Roland Heguy, the chairman of the UMIH, France's biggest restaurant trade body.


Under plans designed to boost the country's competitiveness, the Socialist administration announced 20 billion euros of tax breaks for businesses that will be partly financed by increases in VAT from January 1, 2014.

A new study has found that two factors come into play while deciding a restaurant you would like to go back to - the social experience and the availability of healthy menu options.
Advertisement
The standard rate of VAT, which is applied to alcoholic drinks sold in bars, cafes and restaurants, is also going up: from 19.6 to 20 percent.

Restaurateurs and hoteliers, who have benefitted from a reduced rate on food and accommodation since 2009, will have to decide whether to pass the increases on to consumers or try and absorb the costs at the expense of their margins.

"It's going to be really hard on restaurateurs," said Jerome Falourd, the manager of the Louis D'Or bistro in Paris's second arrondissement.

"People will be paying more attention to what they're paying. We might have to revise prices. We'll see."

Trade bodies calculate that every percentage point added to VAT destroys 10,000 jobs in the sector and they have been alarmed by signs the government is planning to reapply the standard rate of VAT to hotel rooms and restaurant food -- as is common in most of the European Union.

"That has not been ruled out," admitted a finance ministry spokesman, adding that a decision on the issue would be made by the middle of this month.

Even before the announcement of the VAT increases, French beer drinkers were up in arms about a sharp increase in duty levied on their favourite tipple.

The increase, announced last month, has added about 5 euro cents to the price of the average "demi" (half-pint) in Paris bars and is now the subject of a petition that has been signed by a string of leading chefs, writers and actors.

"It is the very fabric of the French cafe that will feel the impact of this and with it, a whole way of living," the petition warns.

New York officials have revealed that they are mulling on a measure that will require eateries in the City to post their most recent sanitary inspection grade.
Advertisement
News A-Z
A B C D E F G H I J K L M N O P Q R S T U V W X Y Z
What's New on Medindia

Find a Doctor Find a Hospital Indian Medical Journals Pregnancy Confirmation Calculator Blood Donation - Recipients Iron Intake Calculator Post-Nasal Drip A-Z Drug Brands in India Drug - Food Interactions Noscaphene (Noscapine)
This site uses cookies to deliver our services. By using our site, you acknowledge that you have read and understand our Cookie Policy, Privacy Policy, and our Terms of Use