Respiratory Infection In Kids Linked To Prenatal Exposure To Traffic 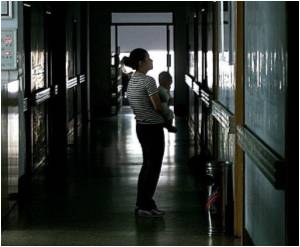 Exposure to traffic during the prenatal period may lead to an increased risk of respiratory infections in young children by the age of 3, a new study shows.

Lead author Mary Rice, MD, a pulmonary and critical care fellow at Massachusetts General Hospital and Beth Israel Deaconess Medical Center in Boston, said that their study extends previous findings by showing that proximity to a major roadway during the prenatal period is associated with increased risk of subsequent respiratory infection in children.

The study included 1,271 mother-child pairs enrolled during the first trimester of pregnancy between 1999 and 2002 in Project Viva in eastern Massachusetts.


The distance from home addresses to the nearest Federal class 1/2A ("major") roadway was calculated using geographic information system software.
Advertisement
Respiratory infections were defined as maternal report of any doctor-diagnosed pneumonia, bronchiolitis, croup or other respiratory infection from birth until age 3.

Statistical analyses of the relationship between exposure to a major roadway and respiratory infection were adjusted for gender, birth weight, maternal education, household income, neighborhood income and education, maternal smoking during pregnancy, postnatal household smoking, breastfeeding, daycare attendance, presence of other young children in the household and season of birth.

By the age of 3, 678 (53.3 percent) of the kids had at least one doctor-diagnosed respiratory infection.

Those living 100 to 200 meters from a major roadway were 1.49 times as likely to have had a respiratory infection.

No Time to be Stuck in Traffic Jams
Cozete Gomes, former model-turned-business mogul owns eight companies and does not really have time ...

Bronchiolitis
Bronchiolitis is an acute lower respiratory infection, which is common among the children under 2 ye...