Researchers claim that it takes 66 days for a "healthy" pledge to become an ingrained habit. So if you make a New Year's resolution next January, just hang on to it till the 7th of March, and you'll be through for life.

Reporting in the European Journal of Social Psychology, the researchers started to investigate how long it took for the repetition of behaviour to reach the 'automacity' stage - where it is performed whenever the situation is encountered without thinking, awareness or intention.


To reach the conclusion, the study's volunteers were asked to choose a healthy eating, drinking or exercise behaviour that they would like to make into a habit, reports The Telegraph.


The habit had to be selected in response to a particular cue, such as eating a piece of fruit with lunch, drinking a bottle of water with lunch, or running for 15 minutes before dinner.

hen the participants were asked to try to carry out the behaviour every day.

The individuals also completed a test every day, which was designed to measure features of habits that are central to automaticity, including lack of awareness and lack of control.

Results showed that whilst the average time to form a habit was 66 days, more complex behaviours took longer, whilst an exercise habit took longer to form than a healthy eating or drinking habit.

"What we found was that it takes 66 days on average for people in our study to acquire a habit," says Professor Jane Wardle, of University College London, who carried out the study with Dr Phillippa Lally.

Jane added: "It varied between individuals, but the finding is that if you do something everyday in the same situation, it will become an automatic reaction in response to those situational cues, a habit. It is the first time this has been established.

"Performing an action for the first time requires planning, even if plans are formed only moments before the action is performed, and attention.

"As behaviours are repeated in consistent settings they then begin to proceed more efficiently and with less thought as control of the behaviour transfers to cues in the environment that activate an automatic response - a habit."

Find the Right Colour That Suits Your Personality Best
Wearing the right colour can easily lift your mood. But how would one know what colour can do the trick for them?
READ MORE

Personality and Inflammatory Disease: Are They Connected?
A new study suggests that the personality of a person affects his/her ability to withstand stress-related inflammatory diseases.
READ MORE

Study Says Donor Personality a Real Fear Among Most People
A new study has found that most people do not want to receive donated organs from a killer as they fear they will "inherit" similar personalities.
READ MORE

'Perfectionism Is A Double-Edged Personality Trait,' Says Psychologist
A Dalhousie University psychologist warns that perfectionism is not a healthy approach to life's challenges.
READ MORE 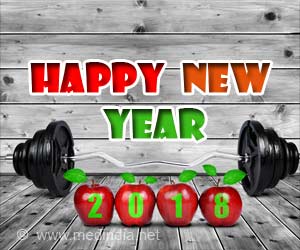 Healthy Resolutions for New Year 2018
New Year resolutions are usually not complete without losing weight on the list. Here are simple and easy ways of losing and maintaining a healthy body weight.
READ MORE