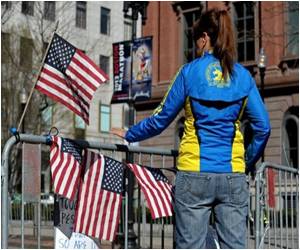 Medical imaging plays a crucial role in emergency situations, a new review conducted in response to Boston Marathon bombings has found. The new study is published online in the journal Radiology.

"It's important to analyze our response to events like the Boston Marathon bombing to identify opportunities for improvement in our institutional emergency operations plan," said senior author Aaron Sodickson M.D., Ph.D., emergency radiology director at Brigham and Women's Hospital.
Advertisement

Lead researcher John Brunner, M.D., was an emergency radiology fellow working in the Brigham and Women's Emergency Department on April 15, 2013, when two bombs detonated near the finish line of the Boston Marathon. As a Level 1 trauma center, the hospital received 40 of the wounded patients, most within hours of the bombing.


"Imaging is one of the best ways to decide who needs attention most quickly," Dr. Brunner said. "The use of shrapnel-laden explosive devices resulted in extensive shrapnel injuries that required evaluation with X-ray and computed tomography, or CT."
Advertisement
Of the 40 patients who arrived in the emergency department for care, 31 patients (78 percent) underwent imaging, including 57 X-rays performed on 30 patients and 16 CT scans of seven patients.

The researchers studied the emergency radiology response by comparing turnaround times  or the amount of time taken to perform exams and to interpret the results  from routine emergency radiology operations with those during the mass casualty event. CT exam turnaround time averaged 37 minutes during the mass casualty event, significantly lower than the annual median of 72 minutes during routine operations. The researchers said the fast turnaround was likely the result of having access to three CT scanners and stationing a radiologist at each.

"By having a radiologist stationed at each CT scanner, we could provide real-time protocols and preliminary interpretations of crucial results to help our trauma teams," Dr. Brunner said.

By contrast, the researchers found the X-ray turnaround time (median, 52 minutes) was longer than during routine operations (31 minutes), most likely due to a bottleneck created by the use of conventional radiography portable X-ray machines relying on a single x-ray plate readout device. To eliminate this technical bottleneck, these portable X-ray units have since been replaced by digital radiography equipment with wireless image transfer to enable faster exam completion and image availability.

During the mass casualty event, the hospital's system for naming unidentified patients contributed to a large number of duplicative imaging orders and has since been overhauled. The new system, which includes a combination of a unique color, gender and numeral, (e.g. Crimson Male 12345) will reduce confusion that accompanied the influx of multiple patients following the Boston Marathon bombings.

"Hospitals need to have emergency operations plans in place, and emergency radiology is a crucial component of that preparedness," Dr. Sodickson said. "When an event occurs, it is important to direct a critical eye to the plan's operation in order to refine it for the future."

Gamma Camera / Scintillation Camera
Gamma cameras may not be as well-known as x-rays or CT scans, but they are invaluable to radiology a...