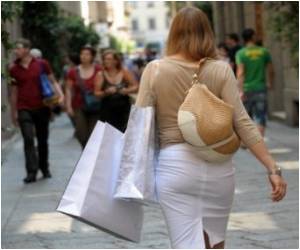 Researchers say that overweight people are likelier to feel pain than those who have normal weight.

A new study of more than 1 million people found the heaviest individuals in the study also reported the highest rates of pain.

"Our findings confirm and extend earlier studies about the link between obesity and pain," said study researcher Arthur Stone of Stony Brook University.


For instance, a study reported in 2010 in the Journal of Pain of nearly 3,500 twins showed a link between weight and various painful conditions, including lower back pain, tension-type or migraine headache, fibromyalgia, abdominal pain and chronic widespread pain.

Brain surgery without anesthesia? Take this pain quiz and find answers.
Advertisement
The researchers found the pain was not merely due to mechanical stress on the joints due to a heavier load, as depression and genetic factors also seemed to contribute.

In the new study, Stone and Stony Brook colleague Joan Broderick analysed data from telephone surveys conducted between 2008 and 2010 by the Gallup Organization.

Respondents indicated their height and weight, which researchers used to calculate body mass index (BMI), and also answered questions about pain, including whether they had "experienced pain much of the day yesterday."

Results showed that, based on BMI, 36.8 percent were classified as low-to-normal weight, 38.3 percent were overweight, and the remainder divided between three levels of obesity.

Compared with participants who ranked as low-to-normal weight, the overweight group was 20 percent more likely to report pain, while the obesity-I group reported 68 percent higher rates of pain, a number that climbed to 136 percent and 254 percent for obesity-II and obesity-III groups, respectively.

To tease out the cause of the pain, the researchers also asked participants about any chronic pain conditions.

"We expect people who have chronic pain conditions to be more likely to report pain yesterday than those without such conditions, and that is what we found," Stone wrote in an email to LiveScience.

But those conditions didn't account for all of the reasons for the pain-obesity link.

The researchers statistically accounted for any musculoskeletal disease, which is often linked to obesity due to the extra strain on joints from the weight.

"What we found is that the weight-pain link persisted, suggesting that there are other factors driving the association," Broderick said.

Obesity, depression and chronic conditions have genetic influences, suggesting underlying genetics could be partially to blame, the researchers note.

"For people with arthritis, the pain may discourage physical activities that can help to maintain normal weight (e.g., exercising). Thus, as pain increases, inactivity can result in weight gain," they wrote in the journal Obesity.