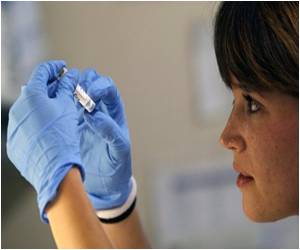 To understand how amphibians crossed the continents, a researcher has created a first-of-its-kind comprehensive diagram.

Armed with DNA sequence data, Alex Pyron, an assistant professor of biology at the George Washington University, sought to accurately piece together the 300-million-year storyline of how frogs, toads, salamanders and caecilians have moved across the planet throughout time.

A new analysis has suggested that climate change, habitat destruction, pollution and invasive species are all involved in the global crisis of amphibian declines and extinctions.
Advertisement

The researcher succeeded in showing the movement of 3,309 species between 12 global ecoregions. The phylogeny or diagram of evolutionary relationships includes about half of all extant amphibian species from every taxonomic group. The study suggested that certain groups of amphibians might have swum long distances from one landmass to another within the past few million years.


Vicariance occurs when a population would be separated following a large-scale geophysical event. After the fragmentation of supercontinent Pangaea and the subsequent split of the Laurasian and Gondwanan landmasses, certain groups of amphibians were able to "hitch a ride" from one continent to another. The researcher's biogeographic analysis supported this hypothesis, showing that continental movement could explain the majority of patterns in the distribution of extant species of amphibians.

Researchers at National Jewish Health have found that mammals, amphibians and cartilaginous fish share a central element of the immune system since more than 400 million years of evolution.
Advertisement
These findings not only provide evidence for the unlikely hypothesis of long-distance oceanic dispersal, but they also provide a model for explaining the distribution of other species and learning about the geographic diversity of different groups.

The stud is published in the journal Systematic Biology.

Researchers have claimed that evolution is not being able to keep up pace with climate change.
Advertisement
<< Triple Therapy can Improve Survival Chances for Brain Tumor...
Sleeve Gastrectomy Leads to Better Outcomes for Sufferers o... >>

Why Other Continents are Much Warmer Than Antartica

Nutam (400mg) (Piracetam) Calculate Ideal Weight for Infants Vent Forte (Theophylline) Sanatogen Pregnancy Confirmation Calculator How to Reduce School Bag Weight - Simple Tips Turmeric Powder - Health Benefits, Uses & Side Effects Noscaphene (Noscapine) Find a Doctor Post-Nasal Drip
This site uses cookies to deliver our services.By using our site, you acknowledge that you have read and understand our Cookie Policy, Privacy Policy, and our Terms of Use  Ok, Got it. Close
×