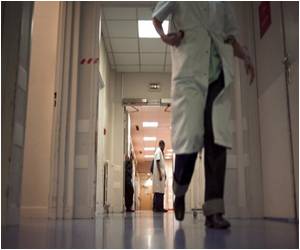 Researchers at UT Southwestern Medical Center have identified a new driver of atherosclerosis.

This molecule, known as 27HC (27-hydroxycholesterol), has been found to exacerbate the development of the condition, and may prove to be a promising therapeutic target.

Atherosclerosis is characterized by the build-up of lesions (or plaques) formed from lipids, such as cholesterol and fatty acids. Ruptured plaques can partially or completely block blood flow, potentially leading to a heart attack or stroke. A member of a larger family of molecules known as oxysterols, 27HC is produced during the normal breakdown of cholesterol and is known to accumulate in atherosclerotic plaques.


The new study, conducted by a team of UT Southwestern researchers led by senior author Dr. Philip Shaul, sought to identify the impact of 27HC on atherosclerosis. Dr. Shaul is Vice Chair for Research and Professor of Pediatrics, and Director of the Center for Pulmonary and Vascular Biology at UT Southwestern. The study's findings - first-authored by Dr. Michihisa Umetani, Assistant Professor of Pediatrics and Pharmacology - were recently published in Cell Metabolism.
Advertisement
Using animal models and other strategies, the researchers found that 27HC promotes the formation of atherosclerotic plaques, causing a doubling in the accumulation of lipids in the arterial wall. 27HC achieves this buildup through mechanisms mediated by estrogen receptors, which normally enable the hormone estrogen to protect against the development and progression of atherosclerosis. By blocking estrogen receptors, 27HC prevents the beneficial effects of estrogen and promotes atherosclerosis.

"When 27HC is present, estrogen's protective effects are only observed at very high levels of the hormone," said Dr. Shaul, holder of the Associates First Capital Corporation Distinguished Chair in Pediatrics. "This result may explain why hormone therapy with estrogen does not provide cardiovascular benefit in women with pre-existing atherosclerosis, in which 27HC is abundant in the vascular wall."

Probing further into the underlying mechanisms, the researchers discovered that 27HC triggers inflammation in the arterial wall, a key step in the establishment of atherosclerotic plaques. This detrimental effect was characterized by exaggerated production of molecules that drive inflammation, called cytokines, and enhanced attachment on the arterial wall of immune cells known as macrophages. It is the recruitment of macrophages that then accumulate lipids (such as cholesterol) that triggers the formation of atherosclerotic plaques.

"Although statins have had a dramatic impact on cardiovascular health by lowering cholesterol, we still need complementary methods to combat atherosclerosis," Dr. Shaul said. "Targeting 27HC, either by lowering the levels of this compound or by inhibiting its actions, could potentially provide a complementary approach to preventing vascular disease."

Blood Flow Disturbances may Cause Epigenetic Changes and Atherosclerosis
Researchers have found how disturbances in the patterns of blood flow may lead to epigenetic ......

Vascular Inflammation Linked to Obesity and Atherosclerosis
A new study has found that kinase functions in smooth muscle cells to regulate the inflammatory ......

Molecule Linked With Atherosclerosis also Found to Activate Autoimmune Disorders
A new study published in the journal Immunity has found that a molecule that causes atherosclerosis ...