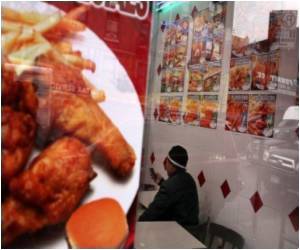 It is clear that body weight influences the risk of developing diabetes and short ribonucleic acid molecules, known as micro-RNAs, appear to play an important role in this mechanism.

Scientists at the Max Planck Institute for Neurological Research in Cologne and the Cologne Cluster of Excellence in Cellular Stress Responses in Aging-associated Diseases (CECAD) discovered that obese mice form increased levels of the regulatory RNA molecule miRNA-143.miRNA-143 inhibits the insulin-stimulated activation of the enzyme AKT.

Without active AKT, insulin cannot unfold its blood-sugar-reducing effect and the blood sugar level is thrown out of kilter.


This newly discovered mechanism could provide the starting point for the development of new drugs for the treatment of diabetes.

Insulin plays a key role in the regulation of blood sugar levels. If there is too much glucose in the blood, insulin opens the glucose transport channels in the cell membrane of muscles and fat cells. Glucose then reaches the body's cells and the blood's sugar content sinks.

Obesity is a condition where there is excess accumulation of body fat which poses a risk to the health of the individual. It can affect children and adults.
Advertisement
Additionally, the insulin inhibits the production of new sugar in the liver. Type 2 diabetics are able to produce sufficient volumes of insulin; however, their cells are resistant to it - and the hormone is unable to fulfil its task. If untreated, this disease damages the blood vessels due to the raised blood sugar levels, which can lead to a heart attack or stroke.

The molecular processes in the body's cells responsible for the connection between body weight and diabetes are largely unknown.

However, in all tissues that respond to insulin, Micro-RNAs can be found. he Cologne-based scientists working with Jens Bruning, Director at the Max Planck Institute for Neurological Research and scientific coordinator of the Cologne Cluster of Excellence in Cellular Stress Responses in Aging-associated Diseases at the University of Cologne assume, therefore, that micro-RNAs may also play a role in type 2 diabetes.

These short ribonucleic acid molecules can regulate the activity of genes and thus control protein production.

The research group in Cologne has now discovered a new mechanism that leads to insulin resistance of the cells.

This RNA molecule silences genes that are responsible for the activation of the enzyme AKT and therefore inhibits insulin from activating AKT.

"AKT is important for glucose transport in the cell and for the inhibition of glucose synthesis in the liver. When the enzyme is inhibited, insulin fails to take effect and the blood sugar remains elevated," said Bruning.

Over 1 billion people world-wide are obese thus affecting their health due to their nutrition and lifestyle. 3.9% of India's population is obese! Know more about obesity and its prevention.
Advertisement
<< Human Appetite Could be Regulated by Fruit Fly's Response t...
UK Student Diagnoses His Rare Heart Illness Through Wikiped... >>

Find a Hospital Daily Calorie Requirements How to Reduce School Bag Weight - Simple Tips The Essence of Yoga Turmeric Powder - Health Benefits, Uses & Side Effects Drug Side Effects Calculator Post-Nasal Drip Blood Donation - Recipients Drug - Food Interactions Hearing Loss Calculator
This site uses cookies to deliver our services.By using our site, you acknowledge that you have read and understand our Cookie Policy, Privacy Policy, and our Terms of Use  Ok, Got it. Close
×