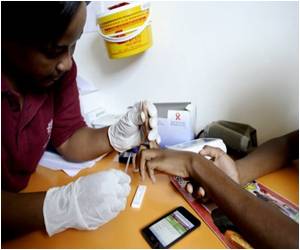 At Boston University School of Medicine (BUSM), researchers have identified a new chemical class of compounds that have the potential to block genetically diverse viruses from replicating.

The findings, published in Chemistry & Biology, could allow for the development of broad-spectrum antiviral medications to treat a number of viruses, including the highly pathogenic Ebola and Marburg viruses.

Claire Marie Filone, PhD, postdoctoral researcher at BUSM and the United States Army Medical Research Institute of Infectious Diseases (USAMRIID), is the paper's first author and led this study under the leadership of John Connor, PhD, associate professor of microbiology at BUSM and the study's corresponding author. John Snyder, PhD, professor of chemistry at Boston University (BU) and researchers from the Center for Chemical Methodology and Library Development at BU (CMLD-BU) were collaborators on this study.


Viruses are small disease-causing agents (pathogens) that replicate inside the cells of living organisms. A group of viruses known as nonsegmented, negative sense (NNS) ribonucleic acid (RNA) viruses cause common illnesses such as rabies, mumps and measles. These pathogens also cause more serious deadly diseases, including Ebola, Hendra and Nipah. Currently, there are no approved and effective treatments against these viruses, which, according to data from the Centers for Disease Control and Prevention, are associated with mortality rates up to 90 percent following infection.
Advertisement
"Identifying broad-spectrum antivirals is an important step in developing successful therapies against these and other viruses," said Filone. The basic idea of a broad spectrum antiviral is similar to that of broad spectrum antibacterials in that they would allow one drug to serve as a common treatment for many different viral illnesses.

"Because the production of viral RNA is the first step in successful replication, it appears that we have uncovered an Achilles heel to halt virus replication," said Filone. "These compounds represent probes of a central virus function and a potential drug target for the development of effective broad-spectrum antivirals for a range of human pathogens."

Nanotechnology Advanced by Discovery of First Motor With Revolution Motion in a Virus-Killing Bacteria
A 35-year-old mystery about the workings of the natural motors has been unraveled by scientists....

Potential Treatments for Ebola and Other Deadly Viruses Revealed in New Study
Despite exhaustive efforts, illnesses caused by many of the world's most deadly viruses cannot be .....