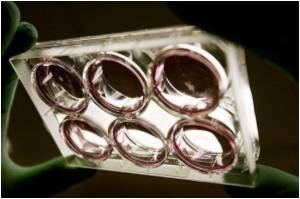 In a recent study researchers have discovered clear linkages between inflammation, cancer and bacterial communities. It has long been known that gut inflammation is a risk factor for cancer. The new study suggests that this may be in part because inflammation disturbs gut ecosystems leading to conditions that allow pathogens to invade the gut. These pathogens may damage host cells increasing the risk of the development of colorectal cancer.

Ecologists have long known that when some major change disturbs an environment in some way, ecosystem structure is likely to change dramatically. Further, this shift in interconnected species' diversity, abundances, and relationships can in turn have a transforming effect on health of the whole landscape - causing a rich woodland or grassland to become permanently degraded, for example - as the ecosystem becomes unstable and then breaks down the environment.

For this reason, it should come as no surprise that a significant disturbance in the human body can profoundly alter the makeup of otherwise stable microbial communities co-existing within it and that changes in the internal ecology known as the human microbiome can result in unexpected and drastic consequences for human health.

A new study has revealed that increased arterial inflammation could be the reason for an elevated risk of cardiovascular disease in HIV patients.
Advertisement
In a series of experiments conducted with mice prone to intestinal inflammation, the researchers found that inflammation itself causes significant simplification in diverse communities of gut microbes and allows new bacterial populations to establish major footholds. Among the bacterial taxa invading the disturbed intestinal ecosystem, the research team found a greatly increased presence of E. coli and related bacteria. By putting E. coli bacteria into mice that were raised under sterile conditions, the team also found that the presence of E. coli promoted tumor formation. When regions of the E. coli genome known to be involved in DNA damage were removed, the ability of the E. coli to cause tumors was substantially decreased.

The researchers noted that the mouse results may have implications for human health as well, as they also found an E. coli variant with the suspect genes in high percentages of human patients with colorectal cancer and irritable bowel disease.

Anthony Fodor, an associate professor of bioinformatics at UNC Charlotte, a co-author on this study and a member of NIH's Human Microbiome Project consortium, has also been involved in another study that analyzed bacterial populations in relation to colorectal cancer, recently published in the journal of the International Society for Microbial Ecology (ISME, May 24). This study examined 70 human subjects and found that many taxa, including some pathogens broadly related to E. coli, were present at higher levels in biopsies from patients with colorectal adenomas, when compared to biopsies from healthy patients - the study controls.

Though Fodor believes the finding, by showing a correlation between microbial diversity and cancer in humans, may have potential for future medical diagnoses, he cautions that the results were far too preliminary to be used to draw any solid conclusions.

"As is usual in human studies, we didn't have cause and effect" Fodor noted. "We don't know if microbes are somehow causing conditions to shift in the gut that would cause cancer or if there are conditions that are associated with cancer that would increase the openness of the gut to particular microbes."

In contrast, Fodor said the current Science study "is all about mechanism."

" Generally, to get at mechanism, you need to be able to do experiments and you can't do experiments in humans," he said. "The mouse model studies allow us to test theories of causation." Fodor remarked that the Jobin lab's mouse studies were quite elegant in narrowing in on a causal connection between microbes and colorectal cancer. "It's amazing how cleanly this came out."

The first step in the study established a clear connection between the physiological condition of intestinal inflammation and a subsequent change in microbial communities in the gut.

Key to the studies were IL10-/- mice, a mouse model that is genetically prone to gut inflammation because it is bred to lack a gene that suppresses the inflammatory response. Using a technique that allows researchers to identify bacterial varieties by examining variants in a specific gene (16S rRNA), the team compared bacterial communities in the inflamed guts of IL10-/- mice with those in healthy normal ("wild type") mice. They found that the diversity of different kinds of bacteria was significantly lower in the mice with genetically-facilitated inflammation. Among the IL10-/- mice, however, the team found little difference in microbial diversity between mice that simply had inflammation and those that also had cancer, indicating the inflammation was the critical factor affecting microbe populations.

Despite the overall drop in diversity, the team found that the presence of E. coli was markedly increased (by a factor of 100) by inflammation.

The researchers were curious whether or not they could find evidence for a cause-and-effect relationship between E. coli and colorectal cancer. To probe this, the team raised sterile (bacteria-free) IL10-/- mice and then inoculated each mouse with either an E. coli variant (called NC101) or Enterococcus faecalis, another common gut bacterium. Both groups of inflammation-prone mice developed severe gut inflammation (colitis), but, significantly, 80 percent of the E. coli infected mice also developed colorectal cancer, while the Enterococcus faecalis inoculated mice remained cancer-free.

The experiment seemed to show that it was the presence of E. coli in an inflamed environment, rather than just inflammation itself, that led to cancer. "This starts to get to mechanism," Fodor noted, "because this would argue pretty strongly that there's something in the E. coli that's causing the mice to develop cancer."

From reviewing the literature on E. coli and associated bacteria, the researchers knew that some strains of E. coli contain a set of genes known as "the pks island" that have been implicated in pathways that cause DNA damage. Remarkably, the researchers found that when mice were inoculated with a modified NC101 E. coli in which the pks island had been removed, the mice still developed inflammation but had a dramatically reduced rate of tumor formation. The researchers concluded that the host-microbial interactions that allow E. coli to cause inflammation are distinct from the interactions that cause that inflammation to progress to cancer.

"These are exciting results because they suggest there may be a direct link between changes in the gut microbiome and the progression from inflammation to cancer," said Fodor. "If we can understand the pathways by which pathogens damage host cells within the context of host inflammation, we may be able to formulate a personalized approach to cancer prevention in which particular pathogenic taxa or genes are targeted in vulnerable human sub-populations."

New class of genes that serve as an Achilles' heel for many forms of cancer have been discovered by scientists at Dana-Farber Cancer Institute and the Broad Institute of MIT and Harvard.
Advertisement
<< Key Molecular Target for Wound-healing Discovered
Both Positive and Negative Feedback can Affect Performance: ... >>