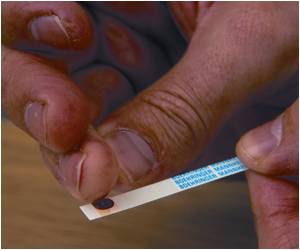 Several important insights into the pathophysiology of sickle cell disease and thalassemia that may soon translate into the development of better, more targeted treatments for hundreds of thousands of patients worldwide was uncovered by new research presented during the 55th American Society of Hematology Annual Meeting and Exposition in New Orleans.

Sickle cell disease (SCD) is an inherited, chronic disorder affecting nearly 100,000 Americans. Instead of producing healthy red blood cells, individuals with the disease produce abnormal hemoglobin, a protein that attaches to oxygen in the lungs and carries it to all parts of the body. This abnormal hemoglobin causes the red blood cells to become rigid and sickle-shaped, which then block blood and oxygen flow to the body and lead to intense pain and infections. Thalassemia, the name for a family of chronic blood disorders characterized by low hemoglobin production, also affects the blood's ability to transport oxygen and is associated with life-threatening complications.

While there are several ways to treat SCD and thalassemia, these options only manage symptoms and do not correct the underlying genetic defects associated with these disorders. Fortunately, investigators continue to uncover important insights related to the pathophysiology of these blood disorders and their symptoms, fueling the development of new targeted interventions that may lead to improved treatments. Findings presented today explore a promising potential pain management treatment for SCD patients as well as two strategies that use natural proteins to activate the gene responsible for the production of healthy hemoglobin.


"We now know a great deal about the causes of sickle cell disease and thalassemia and how to treat many of the complications; however, new insights and care strategies that can allow for better management of these diseases are desperately needed," said John Tisdale, MD, moderator of the press conference and Senior Investigator of the Molecular, Clinical, and Hematology branch at the National Heart, Lung, and Blood Institute at the National Institutes of Health in Bethesda, Md. "Exciting new developments being reported today include a new therapy that could help sickle cell patients better manage pain crises and two new gene therapy strategies that could allow patients with both sickle cell disease and thalassemia to produce healthy hemoglobin. These advances bring us one step closer to achieving our goal of improving the long-term outlook and enhancing the quality of life of patients with these serious disorders."
Advertisement
This press conference will take place on Sunday, December 8, at 11:00 a.m. CST.

Vaso-occlusive crisis (VOC) is a common and painful complication of sickle cell disease (SCD) that occurs when sickled red blood cells and white blood cells stick to the lining of blood vessels, blocking blood flow and preventing oxygen from reaching parts of the body. Sickle cell patients experiencing VOC typically receive potent drugs to alleviate intense pain, but these medications only manage the symptoms and do not attack the root cause of the crisis. Previous research has suggested that molecules called selectins involved in cell-to-cell adhesion may be a significant driver of VOC. Recent studies of a new selectin inhibitor compound GM 1070 in animals have demonstrated efficacy in reducing VOC in that model system.

To test the safety and efficacy of GMI 1070 in SCD patients, investigators conducted a Phase II trial of the drug, randomizing 76 patients (ages 12-51) experiencing VOC to receive up to 14 doses of either GMI 1070 or placebo. All treated patients reached the primary endpoint of resolving their VOC. While VOC typically lasts five to seven days, VOC episodes in patients who received GMI 1070 in the study were two to three days shorter than in those who received placebo. Furthermore, patients who received GMI 1070 required significantly less narcotics during their VOC compared to the patients randomized to placebo. In the study, 18 patients discontinued treatment (nine in each patient group) due to adverse events, no improvement at day five, or other reasons, and total adverse event rates were comparable between the groups.

"If this drug continues to demonstrate efficacy in our ongoing studies, it would be the first drug to actually interrupt the mechanism of VOC," said lead study author Marilyn J. Telen, MD, of Duke University Medical Center in Durham, N.C. "This would signal a major breakthrough since, even though we have increased our understanding of how these debilitating crises develop, we have not been able to intervene once they happen. This potential new drug would change that."

Humans produce different types of hemoglobin - the protein responsible for delivering oxygen in the body - at different points in development. In utero, the human fetus produces fetal hemoglobin. Around the time of birth, newborns begin producing adult hemoglobin. In patients with sickle cell disease (SCD) and β-thalassemia, the gene that encodes for the production of adult hemoglobin is mutated. In SCD, red blood cells take on a characteristic sickle shape, stick together, and block the flow of blood and oxygen through small blood vessels resulting in painful complications. Patients with β-thalassemia do not make red blood cells efficiently, requiring lifetime blood transfusions. While these patients' adult hemoglobin is defective, their fetal hemoglobin gene is perfectly normal and prevents both SCD and β-thalassemia until it is switched off during development. Stimulating the switch from adult back to fetal hemoglobin to compensate for defective adult hemoglobin represents an attractive therapeutic strategy for both diseases.

Researchers have begun to explore highly targeted approaches to switch off production of defective adult hemoglobin and, instead, switch on the gene responsible for producing normal fetal hemoglobin in patients with SCD and β-thalassemia. In this study, investigators used a naturally occurring class of protein called zinc fingers to generate specially designed zinc finger nucleases (ZFNs) targeting specific genes involved in the switch from fetal to adult globin synthesis. They hypothesized that the ZFNs could be used to change the genetic sequence of the hematopoietic (blood-forming) stem cells (HSCs) from SCD or β-thalassemia patients and enable them to produce normal fetal hemoglobin. In the laboratory, investigators delivered the ZFNs into human HSCs and observed both in the case of SCD and β-thalassemia that fetal hemoglobin production increased. Investigators then scaled up this approach on a large preparation of HSCs sufficient to treat a patient and observed an identical outcome, suggesting this approach may be ready for human trials. Finally, investigators transplanted the corrected cells into mice, and observed that they differentiated in to the expected blood cell types and remained present in the mice at all study points tested, verifying their ability to survive and function as a source of new blood cells in the body.

"The idea of engineering natural proteins to change the gene sequence of hematopoietic stem cells to allow for the production of normal hemoglobin in patients with sickle cell disease and β-thalassemia is enormously exciting," said lead study author Fyodor Urnov, PhD, of Sangamo Biosciences in Richmond, Calif. "The fact that we can use the same approach to address both diseases highlights the significant potential of this approach to help many people worldwide."

A potential strategy for replacing unhealthy adult hemoglobin with healthy fetal hemoglobin in patients with sickle cell disease (SCD) and β-thalassemia takes advantage of a normal process called chromatin looping, which takes place when the locus control region (LCR), a cluster of regulatory DNA elements, physically contacts genes that activate hemoglobin production via a looping mechanism and turns them on.

In this study, investigators sought to direct this chromatin loop away from the adult globin genes and instead turn on fetal globin genes to stimulate the production of normal fetal hemoglobin. Elevated levels of fetal hemoglobin have long been known to ameliorate the clinical course of SCD and some forms of β-thalassemia. Using synthetic proteins called zinc fingers (ZFs), investigators redirected the chromatin loop to activate embryonic globin genes in mice and fetal globin genes in humans. Specifically, the researchers designed ZFs that would bind to the part of the LCR that initiates embryonic gene transcription, fused them to protein elements previously known to be involved in chromatin loop formation, and introduced them into an adult mouse red blood cell line that normally produces nearly 100 percent adult β globin. This led to marked activation of embryonic globin production that was dependent on chromatin looping. The authors then employed the same approach in human cells, where they used ZFs to create a chromatin loop connecting the fetal globin genes with the LCR. This led to a striking increase in fetal globin, accounting for nearly 90 percent of total globin production.

"We have opened up a new potential therapeutic avenue by forcing chromatin loops to increase fetal hemoglobin production so it overtakes existing mutated adult hemoglobin," said primary investigator Gerd Blobel, MD, PhD, of the University of Pennsylvania in Philadelphia. "There is a tremendous interest in this field to raise fetal globin genes in people who have sickle cell disease or certain forms of β-thalassemia, which can significantly improve their condition."

Himachal Pradesh Issues Directives to Reserve Beds for Thalassemia Patients
The Himachal Pradesh health department directed hospitals in the state to provide beds to the ......

Avert Thalassemia With Awareness
Every year over 10,000 thalassemic children are being born in India, experts deem that the by and .....