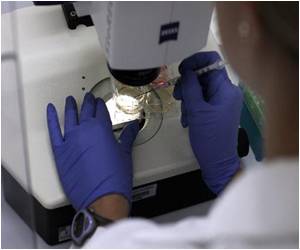 A type of immune cell believed to exacerbate chronic adult brain diseases, such as Alzheimer's disease and multiple sclerosis (MS), can actually protect the brain from traumatic brain injury (TBI) and may slow the progression of neurodegenerative diseases.

This is according to Cleveland Clinic research published in the online journal Nature Communications.

New Vaccine Which Reprograms Immune Cells to Respond to Immunotherapy

A new vaccine that triggered the growth of immune cell nodules within pancreatic tumors, which could reprogram intractable cancers and make them vulnerable to immune therapies has been developed
Advertisement

The research team, led by Bruce Trapp, PhD, Chair of the Department of Neurosciences at Cleveland Clinic's Lerner Research Institute, found that microglia can help synchronize brain firing, which protects the brain from TBI and may help alleviate chronic neurological diseases. They provided the most detailed study and visual evidence of the mechanisms involved in that protection.


"Our findings suggest the innate immune system helps protect the brain after injury or during chronic disease, and this role should be further studied," Dr. Trapp said. "We could potentially harness the protective role of microglia to improve prognosis for patients with TBI and delay the progression of Alzheimer's disease, MS, and stroke. The methods we developed will help us further understand mechanisms of neuroprotection."

Individuals with chronic infections like malaria and hepatitis are less likely to have the fullest immunity benefits from vaccines from unrelated illnesses, new studies have found.
Advertisement
Microglias are primary responders to the brain after injury or during illness. While researchers have long believed that activated microglia cause harmful inflammation that destroys healthy brain cells, some speculate a more protective role. Dr. Trapp's team used an advanced technique called 3D electron microscopy to visualize the activation of microglia and subsequent events in animal models.

They found that when chemically activated, microglia migrate to inhibitory synapses, connections between brain cells that slow the firing of impulses. They dislodge the synapse (called "synaptic stripping"), thereby increasing neuronal firing and leading to a cascade of events that enhance survival of brain cells.

Trapp is internationally known for his work on mechanisms of neurodegeneration and repair in multiple sclerosis. His past research has included investigation of the cause of neurological disability in MS patients, cellular mechanisms of brain repair in neurodegenerative diseases, and the molecular biology of myelination in the central and peripheral nervous systems.

A new study led by scientists has painted a clearer picture of the delicate arms race between the human immune system and a pathogen that seeks to infect and kill human cells.
Advertisement
Advertisement