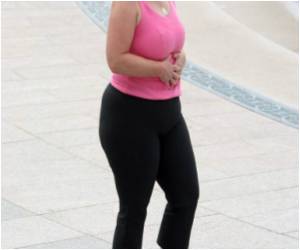 A densely packed array of finger-like projections called microvilli or the "brush border" - covers the surfaces of the cells that line our intestines.

Vanderbilt University researchers have now discovered how intestinal cells build this specialized structure, which is critical for absorbing nutrients and defending against pathogens. The findings, published April 10 in the journal Cell, reveal a role for adhesion molecules in brush border assembly and increase our understanding of intestinal pathologies associated with inherited and infectious diseases.

The potentially fatal dysentery in poor countries that is caused by amoeba is the result of the parasite eating up the intestinal cells alive, reported scientists on Wednesday.
Advertisement

Pathogens that destroy the intestinal brush border cause diarrhea and death - a particular problem in communities that do not have safe water supplies. "Without a fully functional brush border that has enough surface area and absorptive capacity, you can't survive," said Matthew Tyska, Ph.D., associate professor of Cell and Developmental Biology and senior author of the Cell paper.


"Our basic science discoveries provide a framework for thinking about how to control intestinal surface morphology - and how to repair it." Despite the essential role of the brush border, its assembly has remained a mystery. Using scanning electron microscopy, Tyska and postdoctoral fellow Scott Crawley, Ph.D., followed the generation of the brush border over time in an epithelial cell culture model.

Researchers have found that Crohn's disease can be caused by a specialized intestinal cell type called Paneth cells.
Advertisement
They found that as the microvilli begin to emerge, they stick to each other at their tips and form small teepee-like clusters. Over time, these clusters grow to include more and more microvilli, until the entire cell surface is covered by microvilli of uniform height. "This was really the fundamental observation that gave rise to the rest of the project - that these microvilli come out of the cell surface and stick together at the tips," Tyska said.

When the investigators closely examined the electron micrographs, they saw thread-like links connecting microvilli at their tips. One of their collaborators imaged intestinal tissue and found the same links - a "web of connections" between the microvilli, Tyska said. "We were excited by the idea that physical adhesion between microvilli might provide the driving force for growing and tightly packing the brush border," Tyska said.

An explanation as to why space radiation may increase the risk of colorectal cancer in humans was given by two studies funded by NASA and presented at the AACR Annual Meeting 2013.
Advertisement
<< South Africa's Iconic Township Flaunts BMW's on Sunday Afte...
Lack of Emotion and Interest In Old Age May Shrink Your Bra... >>

Listeria Dupes Intestinal Cells to Pass Through and Cause Sickness

Listeria lulls the intestinal cells into allowing it to pass through to cause sickness, or if that fails, it just goes around them, reveals a new study.
Advertisement
News A-Z
A B C D E F G H I J K L M N O P Q R S T U V W X Y Z
What's New on Medindia