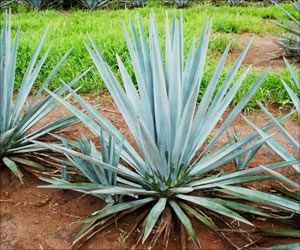 Previous research has shown that sieve elements play an important role in phloem, the conductive tissue through which plants transport carbohydrates and a wide range of signalling molecules.

Elongated cylindrical cells are capped at one end by a sieve plate and arranged end-to-end to form sieve tubes which in turn form a network throughout a plant's body.

Creating a little kitchen garden at home is an immensely fulfilling way to incorporate healing herbs bundled with protective nutrients in the daily diets.
Advertisement

"Sieve elements are very special cells which play an important role in carbon sequestration, yet so far very little has been known about their differentiation," says Professor Ykä Helariutta from the Institute of Biotechnology, University of Helsinki, Finland. "We've identified several genes regulating the process and characterized it with unprecedented precision."


The results of the collaboration between the labs of Professor Ykä Helariutta and principal investigator Eija Jokitalo are published in a pair of papers appearing in Science and Nature Communications.

According to a new research, as temperatures warm, plants release gases that help form clouds and cool the atmosphere.
Advertisement
"Understanding how the phloem network develops is a significant aspect of plant development and could have important applications in biotechnology and synthetic biology," describes Helariutta.

Sieve elements lose their nucleus during the course of normal development. In the first paper, the team described how that happens and identified several genetic factors controlling the process. They used serial block-face scanning electron microscopy to reconstruct a 3D model of developing sieve elements from ultra-thin sections, enabling them to track enucleation of these cells. The nucleus first deforms from a smooth sphere to a crumpled structure, before shrinking and loosing its contents into the cytoplasm, where they are degraded. This is coupled with the degradation of some organelles and shape changes of others.

The researchers identified two transcription factors, NAC045 and NAC086, which are expressed in sieve element cells before enucleation. Plants lacking both genes have defective sieve element formation and die at the seedling stage. Serial block-face scanning electron microscopy showed that sieve elements in the double mutant do not undergo enucleation. Furthermore, by expressing NAC45 in cells where it isn't normally found, the researchers showed that it is sufficient to start the degradation of the nucleus and cytoplasm.

The researchers also identified a family of genes, dubbed NEN1-4, which act downstream of NAC045 and NAC086. Although the enucleation process starts in plants with mutations in these genes, it doesn't complete properly.

A genetic screen identified the CHER1 gene, which encodes a choline transporter, as a crucial player in phloem development. In mutant plants, a fluorescent marker transported through the phloem failed to unload in the root tip, demonstrating defects in phloem transport. Further analysis revealed that the phloem strands are not continuous in the cher1 mutant, which also has short roots, abnormal roots hairs, and changes in the arrangement of the water-conducting xylem tissues.

CHER1 accumulates at one end of sieve element cells, collecting at the centre of the forming sieve plate. Examination with serial block-face scanning electron microscopy showed that mutant plants have smaller sieve plates with fewer, structurally-altered pores, inhibiting long-distance transport via the phloem. "Control of choline transport is essential to form continuously connected phloem with proper sieve plates, but we still have to uncover the exact cellular processes involved," says Helariutta.