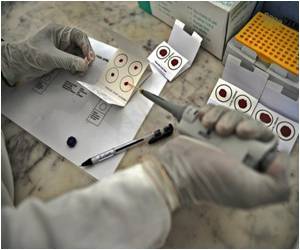 A unique member of the signalling proteins, essential for the development of the malaria parasite has been disabled by scientists. They have produced a mutant lacking the ancient bacterial Shewanella-like protein phosphatase known as SHLP1 (pronounced 'shelph').

This mutant is unable to complete its complex life cycle and is arrested in its development in the mosquito.

The finding could help in the design of new drugs to arrest the spread of this killer disease.

Dr Tewari's latest research has focused on the ancient bacterial Shewanella-like protein phosphatase (SHLP1) which is found only in bacteria, fungi, protists (organisms which paved the way for the evolution of early plants, animals and fungi) and plants.

The researchers, funded by the MRC and the Wellcome Trust, have discovered how SHLP1 controls development of the parasite at an essential stage of its life cycle. The parasite must move between human and mosquito in its quest to spread the disease.

The research brought together expertise from Imperial College London, University of Oxford, the MRC National Institute for Medical Research and the University of Edinburgh.

The findings of study have been published in the journal Cell Reports.

Malaria Can Be Defeated Without a Globally Led Eradication Program: Research
According to a recent research published in journal Science malaria does not have to be eradi...