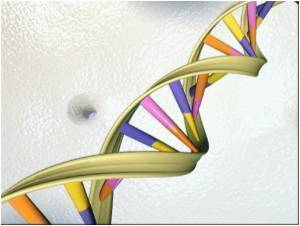 A nanoparticle that appears to effectively deliver genetic material into cells with minimal toxic effects has been created by researchers.

In lab experiments, the researchers have found that this device, a vector, is able to deliver DNA deeply enough into a cell to allow genetic material to be activated - a critical step in gene therapy.

This vector is between 2 and a half and 10 times more effective than other experimental materials, according to the research.


In the study, Ohio State University scientists combined two ingredients - calcium phosphate and a lipid shell - to create a nanoparticle that protects DNA during its journey to the cell and then dissolves to allow for gene activation in the target cell.

Encyclopedia section of medindia gives general info about Genetic counseling
Advertisement
Calcium phosphate is a mineral found in bones and teeth. Lipids are fatty molecules that help maintain the structure of cell membranes.

Together, they form a protective and inflexible structure that, thanks to complex chemical reactions, self-destructs once inside a cell.

"Our nanoparticle is a foreign body just like a viral vector is, but it has a self-destructive mechanism so it does not generate a strong response from the immune system," said Chenguang Zhou, lead author of the study.

"The material we use is also biocompatible. Calcium phosphate is in our bones and the lipids we use are synthetic, but can be biologically degraded. That's why there is low toxicity," he added.

"So what we do is encapsulate a calcium phosphate core inside the liposome. And when this calcium phosphate gets inside a cell and that environment becomes acidic, it gets dissolved and then the gene can be very effectively released into the cytoplasm and transported to the nucleus. That is the theory," said Zhou.

The research is published in a recent issue of the International Journal of Pharmaceutics.