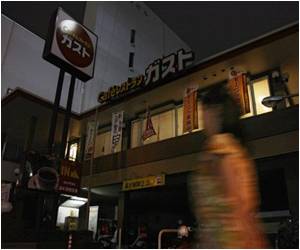 People who suffer from Mal de Debarquement Syndrome (MdDS) - a rare illness, now have a chance for full recovery.

Thanks to treatment developed by researchers at the Icahn School of Medicine at Mount Sinai. Their findings were published online in the July issue of Frontiers in Neurology. People often feel a sensation of movement, called Mal de Debarquement, after they have finished boating, surfing or a sea voyage. The symptoms usually disappear within hours, but in some people, and more frequently in women, symptoms can continue for months or years, causing fatigue, insomnia, headaches, poor coordination, anxiety, depression and an inability to work. Known as the Mal de Debarquement Syndrome (MdDS), the rare condition is marked by continuous feelings of swaying, rocking or bobbing.

"Our study has provided the first effective treatment for this troublesome disorder, and we hope it provides relief to the thousands of people who may be affected worldwide," said Bernard Cohen, MD, the Morris Bender Professor of Neurology at the Icahn School of Medicine at Mount Sinai.


Until now, there has been no effective treatment for MdDS. Diagnostic tests and early research done at Mount Sinai suggested that MdDS was caused by malfunctioning of the vestibule-ocular reflex (VOR), a mechanism in the inner ear that maintains balance and stabilizes the eyes during head movements, said Dr. Cohen.
Advertisement
The new treatment re-adapts the VOR by moving the visual surroundings as the head is slowly rolled from side to side at the same frequency as the subject's symptomatic rocking, swaying or bobbing. In the study, the head roll caused vertical eye movements (nystagmus), and subjects tended to turn to one side when marching in place.

Subjects were rocked or swayed at about one cycle per five seconds. Generally, three to five treatments a day for one week were sufficient to produce a cure, and the movements and associated symptoms disappeared. Side effects of the treatments were negligible. Seventy percent of the 24 subjects that were treated in this study (21 women, three men, mean age 43.3 years) reported either a complete or substantial recovery for a mean follow-up of approximately one year after treatment. Six only had transient improvement, while one did not respond to treatment.

"The work of our team also opens up a new area of research on how the Vestibulo-Ocular Reflex can produce head and body oscillations, and may eventually provide insight into other brain diseases that cause repetitive shaking and tremor of the head and body," Dr. Cohen said.

Mal de Debarquement Syndrome (MdDS) occurs only in a small fraction of those who experience Mal de Debarquement, and has been classified as a rare, disabling disease by the National Institutes of Health (NIH). Exact estimates of its prevalence are not available, but it was present in 1.3 percent of patients at a 'Neuro Otology Clinic' at the University of California, Los Angeles (UCLA). This suggests that there are hundreds of people with this syndrome in the United States and thousands worldwide, Dr. Cohen said.

High Caffeine Intake may Lower Ear Ringing Sensation in Women: Study
Are you a sufferer of tinnitus? Then you should increase the intake of tea or coffee. Researchers .....

Visual Translation of Taste Sensations can Help Improve Ice Cream Quality
Researchers suggest that graphs can be successfully used by manufacturers to improve their product ....

Tingling Sensation Caused by Szechuan Pepper Could Help Patients With Chronic Pain
The science behind the tingling sensation caused by eating a popular Asian spice has been explained ...