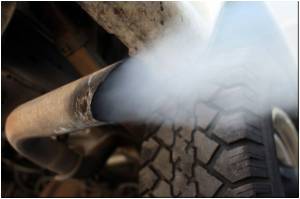 Although carbon sequestration is fast gaining popularity as an effective means to reverse global warming, its effectiveness and consequences have been little understood until now. A Niels Bohr Institute researcher has recently provided much-needed insight into these issues.

Large scale use of carbon sequestration could help to avoid extreme global warming that would otherwise occur in the near future unless fossil fuel emissions are reduced significantly. But it is not clear how effective different types of sequestration are in the long run, owing to leakage of stored CO2 back out to the atmosphere. Nor is it clear what would be the long-term consequences of such leakage for the Earth's environment.

How To Maximize Carbon Sequestration In Catastrophic Forest Fires

Gary Shaffer, professor at the Niels Bohr Institute, and leader of the Danish Center for Earth System Science, made long model projections for a number of sequestration/leakage scenarios. His results show that leakage of the stored CO2 may bring about large atmosphere warming, large sea level rise and oxygen depletion, acidification and elevated CO2 concentrations in the ocean.


Storage of CO2 in the deep ocean is a poor choice since this creates grave problems for deep sea life and since CO2 stored this way returns to the atmosphere relatively quickly, bringing back the global warming.

Human induced nitrogen deposition is indirectly fertilizing forests, increasing their growth and sequestering major amounts of carbon, a joint study by scientists from 10 universities
Advertisement
Geological storage may be more effective in delaying the return of the warming and associated consequences but only if a CO2 leakage of 1 % or less per thousand years can be obtained.

Alternatively, one could actively counter leakage from the ocean or geological reservoirs by re-sequestering CO2 to stabilize climate at some desired level. But it would be hard to gauge the global leakage rate to be matched by re-sequestration. Furthermore, re-sequestration would have to be carried out over many thousands of years, a burden for future society in line with that of long term management of nuclear waste.

Shaffer said: "CO2 sequestration has many potential advantages over other forms of climate geoengineering. It makes good sense to modify the Earth's radiation balance by putting carbon back in where it came from.

Atmospheric CO2 is long-lived and evenly-distributed globally making it possible to manage it in a long-term, controlled way with less chance for unpleasant climate surprises. However, one should not underestimate potential short and long-term problems with leakage from underground reservoirs. Carbon in light form will seek its way out of the ground or seabed. The present situation in the Gulf of Mexico is a poignant reminder of that."

Shaffer believes that "the dangers of carbon sequestration are real and the development of this technique should not be used as an argument for continued high fossil fuel emissions. On the contrary, we should greatly limit CO2 emissions in our time to reduce the need for massive carbon sequestration and thus reduce unwanted consequences and burdens over many future generations from the leakage of sequestered CO2."

The research appears in the journal Nature Geoscience.

Carbon Credit to Carbon Offset Fees, They may Not Help Much Fight Global Warming