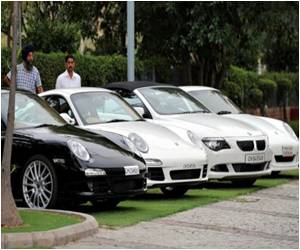 By using the waste heat that results from the inherent inefficiency of engines when converting fuel into energy, a researcher is looking towards making vehicles more efficient.

Yanliang Zhang, an assistant professor with the Department of Mechanical and Biomedical Engineering at Boise State, is working on a project funded by the U.S. Department of Energy.

Zhang's goal is to develop and test a thermoelectric waste heat recovery system capable of enhancing the fuel efficiency of a light-duty vehicle by 5 percent. The efficiency improvement would result from the direct conversion of engine waste heat to useful electric power using significantly improved nanostructured bulk thermoelectric materials that the team has developed.


According to the information on the Department of Energy's VT Program website, only about 25 percent of a gasoline vehicle's fuel energy is used to drive the wheels, and more than 70 percent is lost as waste heat in the exhaust gases and to the engine coolant.
Advertisement
Thermoelectric generators have the capability to directly convert waste heat from the hot engine exhaust into electricity that can power vehicle auxiliary loads and accessories.

The process developed by Zhang and his research partner uses post catalytic converter heat exchangers to remove heat from the exhaust gases and deliver it to the thermoelectric devices, which convert the heat to electricity.

Ultimately, after testing and optimization, the team's goal is to have a plan for scale up and commercial production when the project reaches completion in the summer of 2015.

Now, Cars With Brains Ensures Safety on Road
In Los Angeles, an auto show is set to showcase all the newest ways technology is influencing car .....