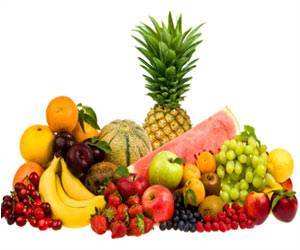 Finding more efficient methods for providing lighting in greenhouse production is a key component to support these high levels of production and increase revenues. "Light irradiance is the limiting factor for increasing production in greenhouses, when all other factors (temperature, nutrient levels, and water availability) are adequately maintained," said the authors of a new study. McGill University researchers Paul Deram, Mark G. Lefsrud, and Valérie Orsat said that the broad-spectrum high-pressure sodium lamps currently used to provide supplemental lighting for greenhouse are "not the most efficient light source" for greenhouse plant production. The team published the findings of their study aimed at finding alternative lighting options in HortScience.

For healthy weight loss, focus on consuming low-calorie foods such as fruits and vegetables because food items that are low in energy density help you lose weight faster.
Advertisement

According to the authors, specific light frequencies in the 400- to 700-nm range have previously been shown to affect photosynthesis more directly than other wavelengths (especially in the red and blue ranges). The researchers designed experiments to determine whether light-emitting diodes (LEDs) could reduce lighting costs in greenhouses. "LEDs can be selected to target the wavelengths used by plants, enabling growers to customize the light produced, to enable maximum plant production and limit wavelengths that do not significantly impact plant growth," they explained.


The scientists subjected hydroponically grown tomato plants to three light intensities at three red-to-blue ratio levels. Secondary lighting treatments used for comparison included 100% high-pressure sodium (HPS), 100% red LED light supplied from above the plant, 100% red LED light supplied below the plant, a 50%:50% LED:HPS mixture, and a control (no supplemental lighting). Both runs of the experiment were implemented for 120 days during two (summer-fall and winter-spring) seasons.

Top reasons why you should eat fruits to lower blood pressure and reduce the risk of heart disease. Antioxidants in fruits keep your blood pressure under control.
Advertisement
Results showed that the five highest number of fruit-producing light treatments were 5:1 high (385 fruit), 5:1 medium (358 fruit), 5:1 low (341 fruit), 19:1 high (315 fruit), and 100% LED (310 fruit). "Overall, the highest producing LED treatments consistently outperformed the high-pressure sodium treatment alone," the authors said. "These treatments can be considered an improvement over traditional HPS lighting for greenhouses."

"As expected from the literature, higher intensities bring forth more production with all ratios producing more under higher irradiance levels," Deram, Lefsrud, and Orsat said. They also determined that an increase in red light increased biomass production and slightly lowered the amount of fruit production. They concluded that LEDs are a "promising mechanism" to enhance greenhouse artificial lighting systems.

Some fruits that are less known to the common man today have hundred times more vitamin C, carotenoids, and antioxidants as compared with those in the well known fruits. These underutilized fruits are highly inexpensive too.
Advertisement
<< Surgery and Prescription Medication Seen as Better Options ...
Oz Researchers Develop New Test to Trace Food-Borne Illness... >>

Accident and Trauma Care Find a Hospital Noscaphene (Noscapine) Iron Intake Calculator Vent Forte (Theophylline) Indian Medical Journals Post-Nasal Drip Sinopril (2mg) (Lacidipine) Diaphragmatic Hernia The Essence of Yoga
This site uses cookies to deliver our services. By using our site, you acknowledge that you have read and understand our Cookie Policy, Privacy Policy, and our Terms of Use