Research Shows About How Not to Counter Homophobia

A new study says that the argument that sexual orientation is inborn may not be the most effective way to promote more positive attitudes toward lesbian, gay and bisexual people.


For the study, the researchers used their previously developed sexual orientation beliefs scale, which attempts to capture a wide variety of beliefs such as the idea that sexual minorities are fundamentally different from straight people or that sexuality is based in biology.


‘The belief that people are born with their sexual orientation is the key to improving attitudes toward lesbian, gay and bisexual people.’

Even among those who believed gay men are "born that way," those who also believed gay men are "all the same and act the same way" were more likely to hold prejudicial attitudes toward gay men, said one of the researchers Patrick Grzanka, assistant professor at University of Tennessee in the US. "We suggest that this demonstrates the limited capacity of 'born this way' arguments to reduce homophobia," he said.

Grzanka said the study may help activists, educators and other researchers better understand that people's beliefs about the nature of sexual orientation should be considered within the context of other beliefs, since it is the sum of their beliefs that shapes their attitudes toward sexual minorities. The study was published in the Journal of Counseling Psychology.

Psychological Traits May Be a Key Risk Factor for Developing Homophobia
Psychoticism contribute to severe states of hostility and anger but depression and neurotic defense mechanisms appear to lower the risk of being homophobic.
READ MORE 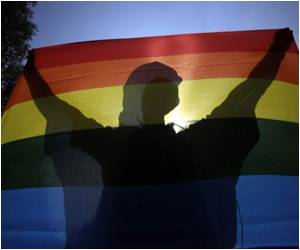 European Lawmakers Urge EU to Fight Homophobia
European lawmakers backed a call for the EU to fight homophobia and to protect the rights of sexual minorities as fears rise of growing intolerance in many countries in the bloc, on Tuesday.
READ MORE 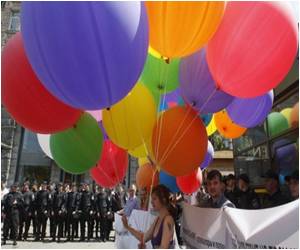 Homophobia Widespread at Sports Events in Most English Speaking Countries
In a new survey, more than half of gay men (60%) and lesbians (54%) and 24% of heterosexual men said they have been targeted with homophobia.
READ MORE