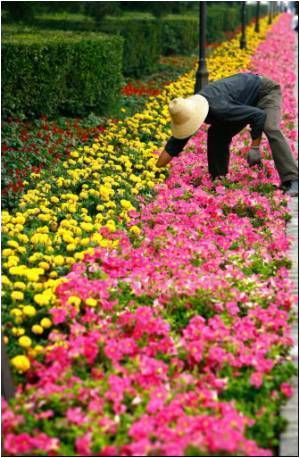 A new study says that pollen is present even when it is not the flowering season.

"There is of course a very close relationship between the moment at which pollen is released by plants and the data gathered by the traps used to measure these grains, but this is not always the case", Rafael Tormo, a botanist from the University of Extremadura and co-author of the paper, tells SINC.

His team found delays or advances of up to a week between the time when the pollen of allergenic grass species (from genuses such as Poa, Agrostis, Bromus and Avena) and cupressaceae (cypresses and Arizona pine) are present in the air and their flowering period.


According to the study, which has been published in the International Journal of Biometeorology, these differences are probably due to the phenomenon of "resuspension" of the grains, caused by the wind and by pollen being transported from distant sources.

An allergy is a hypersensitive disorder of immune system. Substances that often cause allergic reactions are pollen, dust mites, mold spores, pet dander, food, insect stings and medicines.
Advertisement
"Now, for example, the Holm oaks in Extremadura have still not flowered, but those in Andalusia have done. If the wind blows from the south, the pollen traps in Extremadura will already be able to detect Holm oak pollen", explains Tormo, who highlights the importance of understanding the phenology of plant flowering in order to draw up precise pollen prognoses for people with allergies.

On the Iberian Peninsula and in the rest of Europe, the process of flowering moves from south to north, in such a way that the pollen traps "anticipate flowering" if the wind blows from the south. On the other hand, if the wind blows from the north they may record pollen from more northerly latitudes even if the pollination period in the region they are located in is already over.

In order to carry out the study, the scientists measured pollen levels from 2007, using an aerobiological trap in Badajoz. The team also travelled to parks and fields around the city in order to verify in situ that pollen was being released by plants, by shaking the male inflorescences and cones.

"Direct observation is a very useful tool for understanding which plants are in flower and assessing their abundance, providing valuable information to complement the data from the traps", says Tormo.

Despite the data from grasses and cypresses, the results of the study show that the flowering period does coincide with the data recorded by the traps for most tree species (Holm oaks, corks, olives and plane trees), as well as for herbaceous species such as plantains.

In the case of grassy species, it has additionally been observed that most of the airborne pollen comes from a few species within this family, such as Dactylis glomerata, Trisetum paniceum, Lolium rigidum, Phalaris minor and Vulpia geniculata.

The research group also has pollen traps in Plasencia (Cáceres) and Santa Eulalia (Badajoz), and it is planning to set up another in the south of Extremadura. "It is like weather data - the more stations you have and the greater the number of years of observations available, the more valuable the information is", the researcher concludes.

Source: Eurekalert
Advertisement
<< Results in Fight to Save Women and Children With Malaria An...
Quality of Care in Resource-Limited Countries Improved by E... >>